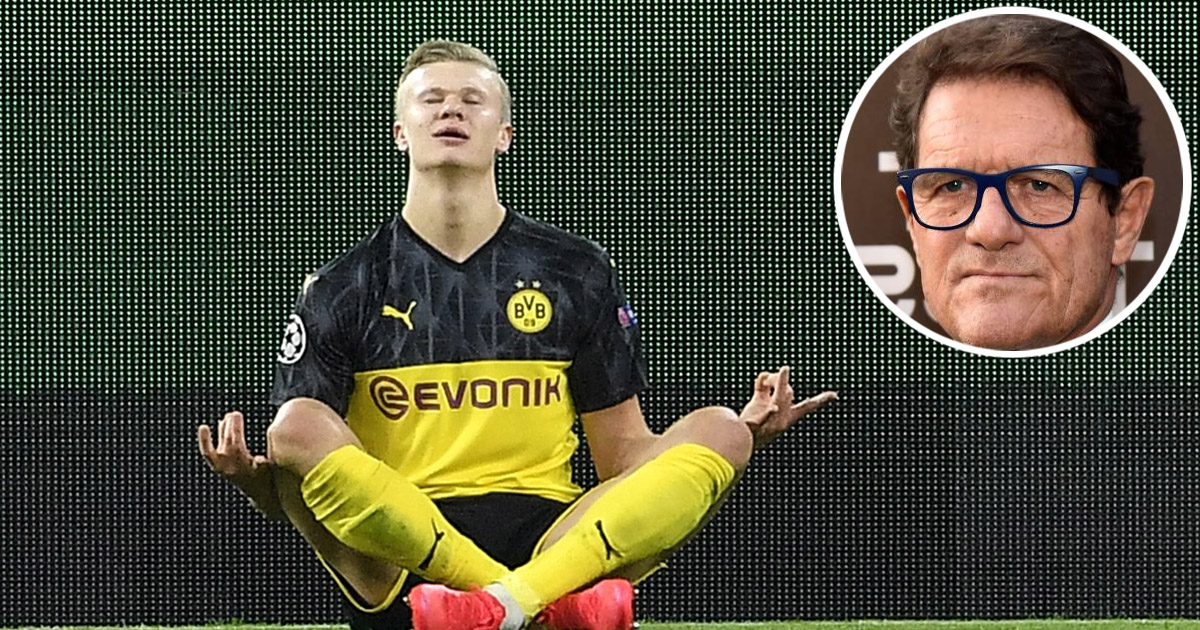 Fabio Capello thinks Haaland would be 'ideal' for Liverpool

Talking to Sky Sports Italia, former England boss Fabio Capello has shared his thoughts on whether Erling Braut Haaland could fit in at Liverpool.

As per the Italian tactician, moving to Anfield would be an 'ideal' scenario for the 19-year-old as Jurgen Klopp would positively affect the striker's development.

Capello referenced the likes of Mo Salah and Sadio Mane as examples of players who became world-class under the German.

More than that, as per the 73-year-old, the ex-Salzburg man has what it takes to shine for Liverpool as his pace, size and style of play would suit the Reds.

Haaland has been truly a revelation this season, has scored 41 goals in 34 games in the Austrian and German leagues.

The forward found the net on Bundesliga return last weekend:

Liverpool were supposedly in contention for the 19-year-old as he cherry-picked his next destination in winter but the Norwegian decided to join Borussia Dortmund despite heavy links with the Premier League.

Jurgen Klopp congratulated the youngster with making a 'perfect choice'. While there have been no rumours suggesting that the Reds are considering a bid for Takumi Minamino's former teammate, it is quite possible that the club's scouts are still observing his development at Signal Iduna Park.

'He has the skills': Former coach would love to see Haaland play for Liverpool, considers him good enough for Reds
26
8
27 days ago
Goals galore, worst celebration ever and eerily quiet arenas: top-tier football is back as Bundesliga returns
31
13
16 days ago

Klopp should go for him in the summer 😝😝

I fully agree. FSG must save big money for that move. Sell some for that. That's the only striker, other than ours, I can guarantee right now! For now, bring a defender and close shop, Mr Klopp. We are worth a treble, currently!