Tribuna
/
Liverpool
/
News
/
'Liverpool were prepared to do anything to get me': Iconic Italian striker Di Natale reveals he snubbed Reds' offer 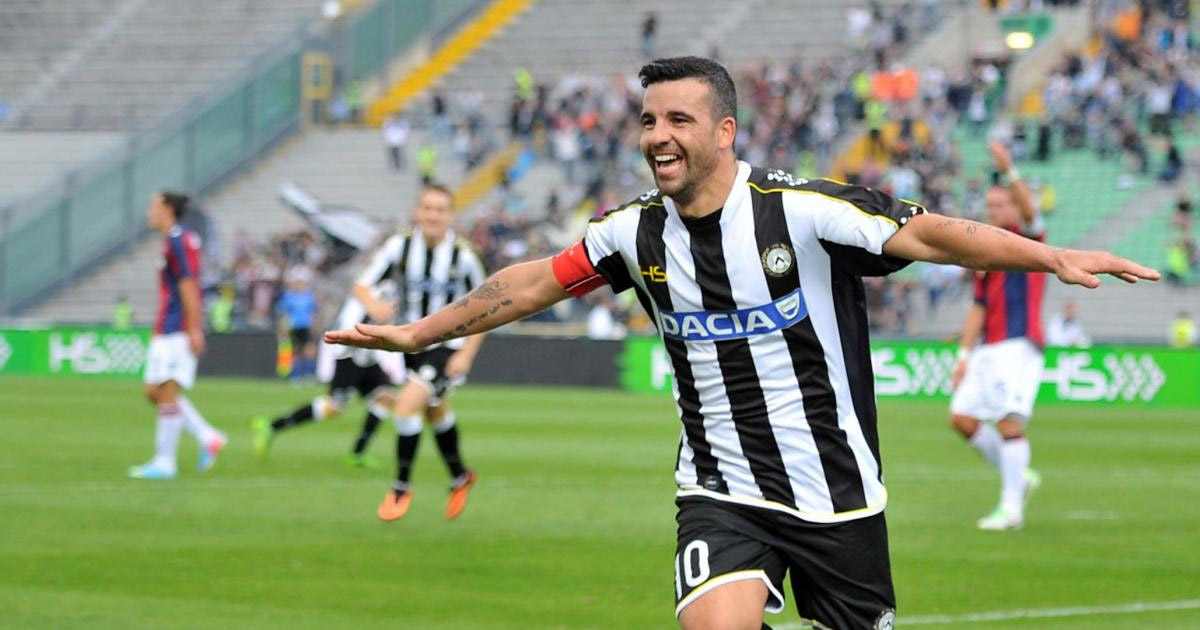 'Liverpool were prepared to do anything to get me': Iconic Italian striker Di Natale reveals he snubbed Reds' offer

Legendary striker Antonio di Natale has looked back at his career in an interview with Tuttosport and revealed that he turned down an offer from Liverpool.

"I wanted to remain in Udine and had just signed a four-year contract, I’d won the Capocannoniere title, felt important here and simply didn’t want to change everything," he said as cited by Goal.

"Liverpool wanted me at all costs too, they were prepared to do anything to get me to sign for them, but it would’ve made no sense for me to go to England when I’d already turned down Juve."

One of the best forwards of his generation, Di Natale was one of the highest-scoring players in the history of Serie A with a total tally of 209 goals.

A late bloomer, the Naples-born man reached the top of his game relatively late, winning the Serie A best goalscorer award in 2010 and 2011, at the age of 30 and 31, respectively.

2011 or 2012 is perhaps the time when he was approached by Liverpool as that was the time when the Italian was in his prime, attracting interest from European top teams.

However, he decided to remain at a small-town club Udinese, getting them to the Champions League.

'The way he used to train was a disgrace': Former Red Rickie Lambert reveals Mario Balotelli was a nightmare
18
8
14 days ago
Kuyt instead of Alves and Vidic in defence - the list of transfers Liverpool missed on in Benitez's days does impress!
46
12
4 months ago

talking a load of shit. if liverpool had wanted him they would have got him. he's just one of those players who where on the edge of a good career but just didn't cut it. so now he's telling the stories that he dreamt of. this was his dream not his reality

one of the finest Italy Italy has ever produced !!!!!!!! that may be pushing the boat out a bit may be they meant udinese

Never heard of him.