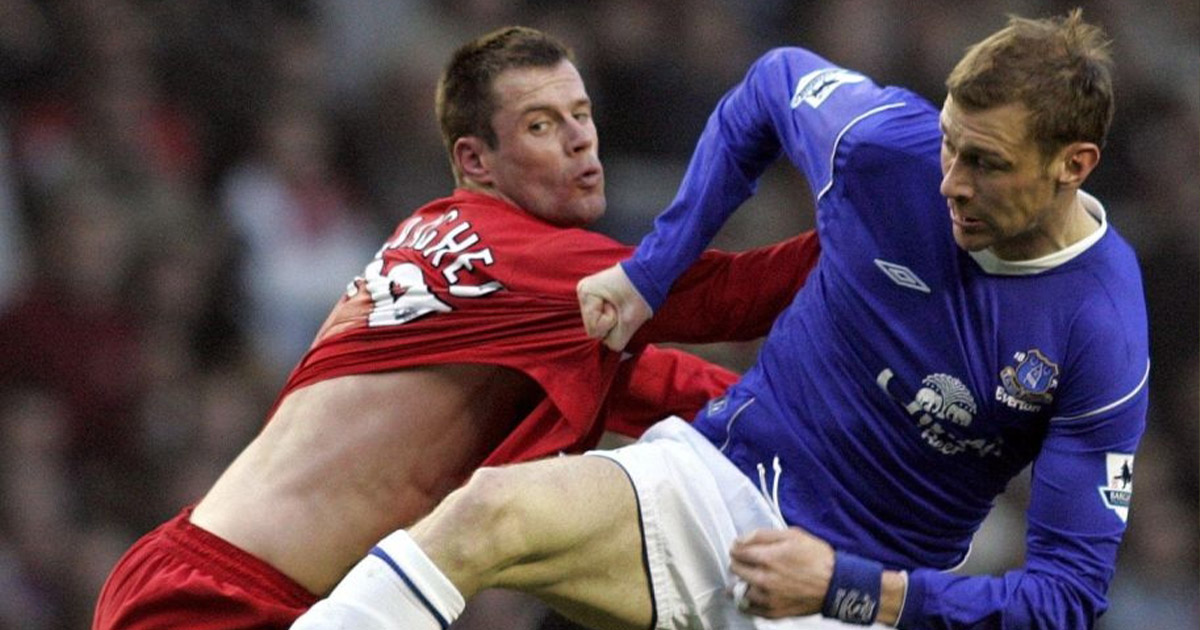 Jamie Carragher opened up on Merseyside derbies he played in, speaking in an Instagram live with former Everton forward Tim Cahill.

Our former No 23 said, as cited by the Liverpool Echo: "My most feared derby opponent? I'd probably say Duncan Ferguson. Especially when I got in the team as a kid.

"There was a fear and we talked about trying to control him. No doubt. My first derby I was up against Duncan. He scored and Paul Ince got the equaliser."

Carra elaborated on two defeats against the Toffees which left him particularly frustrated and angry - the 1-0 loss on December 11, 2004 and the 3-0 defeat on September 9, 2006 (both away).

He added: "Rafa [Benitez] picked a team. It wasn't our best team. He put [Xabi] Alonso on the bench. We had Neil Mellor up front and Salif Diao in midfield. I remember the feeling [of losing). It was a nightmare.

"[In 2006,] I'd been out injured and I came back for the game. I wasn't missing it. It was one of the biggest lessons I learned in football. Whether I was too arrogant or just didn't cope, I don't know.

"Andy Johnson scored two goals. I made a big mistake for one and Pepe Reina made a mistake for the other. I had to put up with that everywhere I went. The return game was in February and I don't think I've ever been as up for a game.

"In the first 10 minutes, the ball was played down the line to Johnson. I actually controlled it and took it past him, but as the ball came past him I wanted to elbow him. That's how it got me. It used to make me so wound up. I was so happy when we won, but so angry when we lost."

Overall, Liverpool and Everton have faced each other on 286 occasions. The Reds have won 121 and lost 82 games while 83 matches ended in a draw.

Take a look back at Liverpool smashing Everton in Jurgen Klopp's first Merseyside derby
20
2
1 month ago
'Go to Merseyside? No way': Edin Dzeko rejected a move to Everton because of Liverpool's 'disastrous' climate
16
7
12 days ago

Hey there bro how are you doing 😝😝

I wouldn't have fancied going against big Dunk neither lol