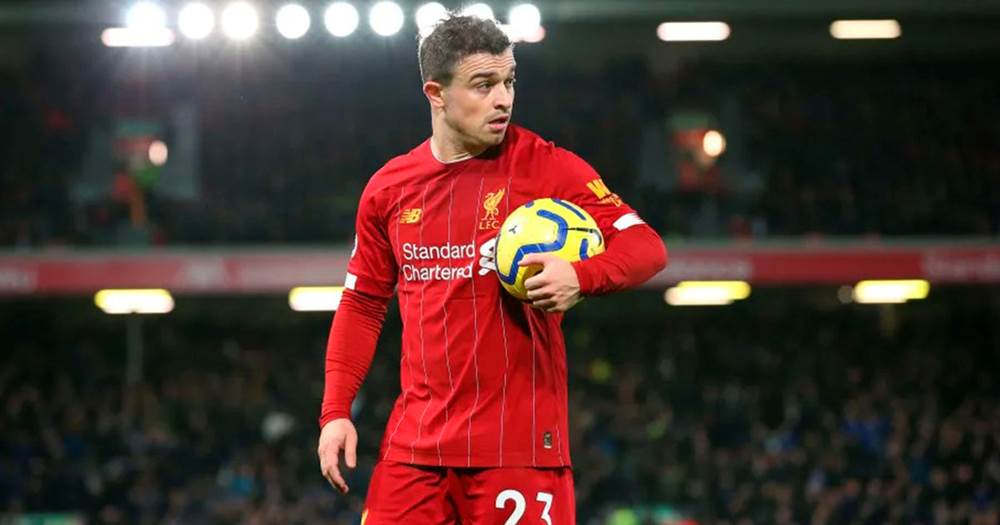 According to the Evening Standard, Jurgen Klopp hopes Xherdan Shaqiri will return to full fitness after the Reds have resumed training sessions at Melwood.

While the entire squad were in quarantine, Xherdan was at the final stages of a rehabilitation programme. Now that the players have returned to training, their fitness will be thoroughly assessed by the Liverpool medical team.

The Swiss international has been restricted to just 10 appearances this season due to a repeated muscle issue. He has not featured since January, his last game being the 1-0 win over Tottenham where he registered just a brief injury-time cameo.

If Shaqiri gives Liverpool a fitness boost, he is expected to feature in some of the remaining games.

The lack of game time has led to rumours linking the 28-year-old with an exit from Anfield. In January, AS Roma and Sevilla approached the Reds with loan offers which were rejected.

As per the report, Liverpool will listen to permanent transfer offers worth around €30million (£26.9m). However, the coronavirus pandemic could affect those plans and make the Reds stick to what they've got.

Do you think Xherdan has a future at Anfield? Let us know in the comments or on our blog platform!

'I think Xherdan deserves a lot more': Brother and agent opens up on Shaqiri's Liverpool situation
31
11
1 month ago
Liverpool 'forced' to reduce Shaqiri's asking price as clubs are not willing to pay their original valuation of the player
17
7
1 month ago

He might bring some changes this time around because he has had a enough time to recover. He will be fit again what a fantastic player

too injury prone but top Player.