Tribuna
/
Liverpool
/
News
/
'He might not play': Darren Bent thinks Kai Havertz will warm the bench if he joins Liverpool 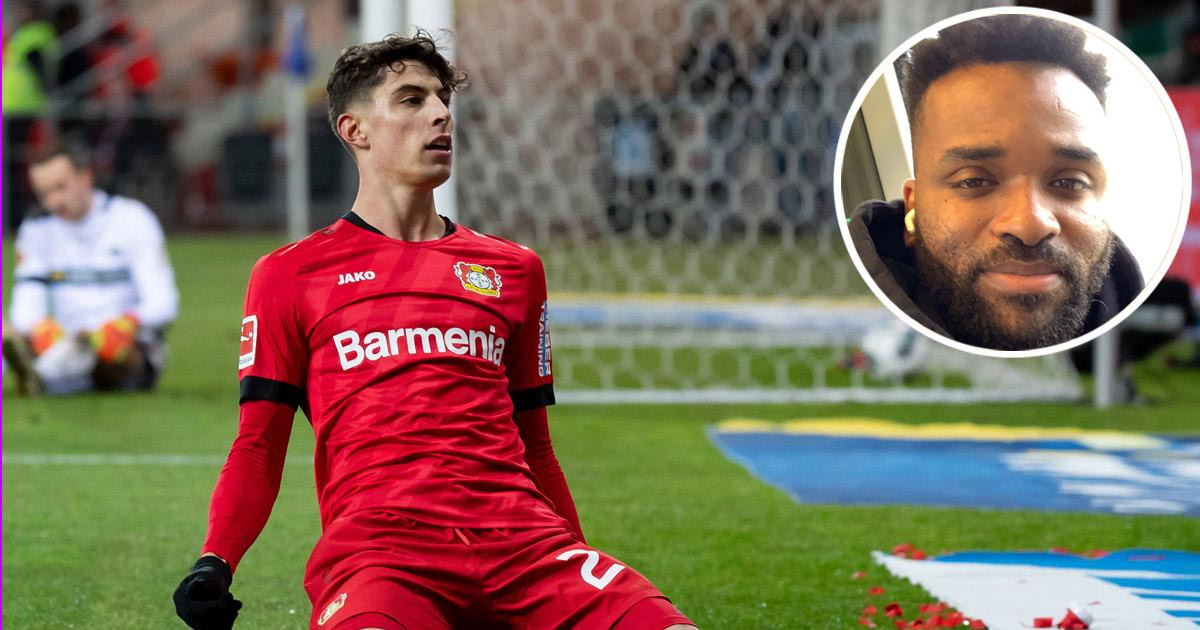 'He might not play': Darren Bent thinks Kai Havertz will warm the bench if he joins Liverpool

"They’ve got some great youngsters in that division. He’s been linked to Liverpool (but) I can see him more going towards Bayern Munich – the same league, same country and obviously they are top of the Bundesliga.

"He might go to Liverpool but, the way Liverpool play with (Roberto) Firmino down the middle, he might not play."

While Firmino plays as a striker, he tends to drop deep from his centre-forward role so the Reds do not really need an advanced attacking midfielder like Havertz if Roberto already covers this position.

It has also been suggested that the Brazilian could take a playmaking role in case LFC sign Timo Werner.

Havertz has been simply sensational this season and bagged a brace on the Bundesliga's return last weekend.

'Hybrid of Ballack and Ozil': Hargreaves backs Havertz for Prem switch, makes Salah and Mane reference
24
4
5 days ago
Why Bobby Firmino could fill No 8 boots next season: explained in 6 sentences
37
9
17 days ago

Buy Havertz and we have to sell Firmino. Havertz would make it impossible to play Bobby as we always do. That means Bobby would be needed to be played as a top central striker and that's a place where he is bad. Add that to that we dont use a playmaker and to do so we would have to change the whole system. Then add his price tag to that. Maybe now everyone sees that Kai Havertz will 100% not be bought at this moment .

No not firmino don't get havertz

Christian Kull
4 days ago
•••
Reply to a comment by ciaran

Jurgen would not spend the sort of money on Kai just to warm the bench he may not go straight into the first team but once he gets in it will be virtually impossible to remove him. That's obviously on the understanding we are after him YNWA