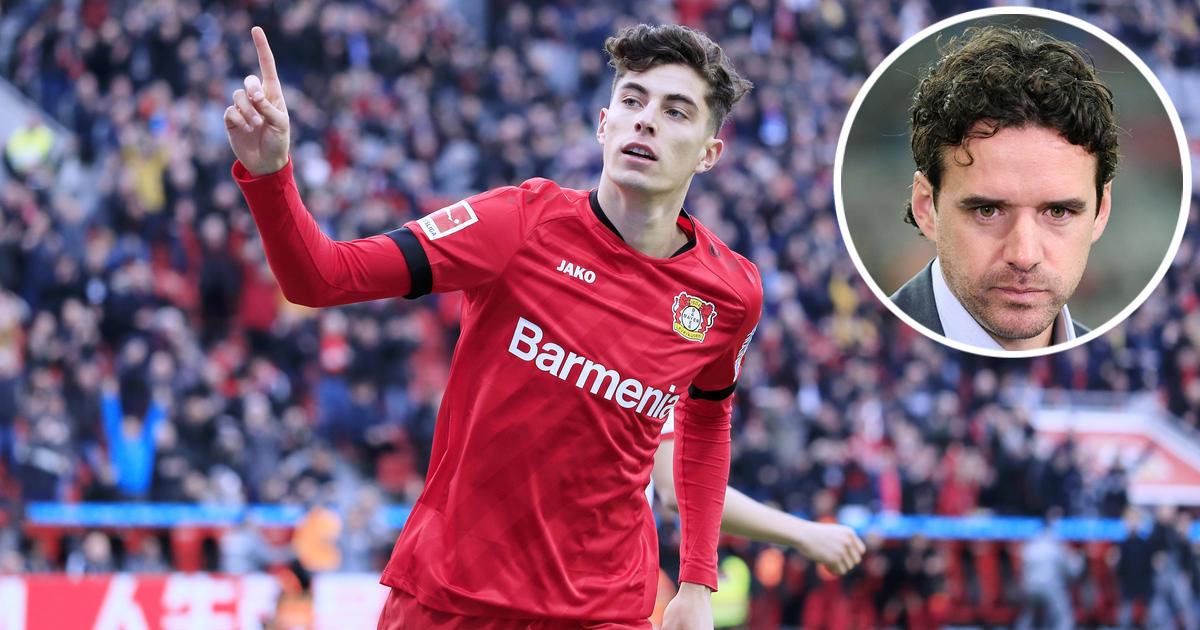 Former United and Bayern Munich player and current BT Sport pundit has had high praise for Bayer's attacking midfielder Kai Havertz. Hargreaves is sure the German is far enough in his development to represent a top English club already.

"He is special," Hargreaves told Goal. "He is the next one. I think all the best German players stay in the Bundesliga for a while and then they go to the Premier League or Barcelona or Real Madrid."

"All eyes are on Haaland and Sancho, but Kai Havertz is the one from a German perspective. He is special and he is like a hybrid of Michael Ballack and Mesut Ozil. That says a lot in terms of his goals and elegance.

"He is a super player and I think many fans will be watching him from England’s top six and thinking that a guy like him is good enough to go to their teams. He could play at Liverpool, Man United or Man City.

"I think anyone watching him this weekend [against Borussia Monchengladbach] will say 'sign him up'. I would love to see Havertz go to Bayern but I think anyone would want him in their team."

However, Hargreaves believes a premature move can scupper Havertz's development, as his main concern right now should be playing time.

"He is very special and he has just got to play," he added. "He can make a move at 21, 24, or 26. Sadio Mane and Mohamed Salah have always been great players but would they have shown it at Liverpool at 21? It is pretty unrealistic.

The best attacking partnership in the world:

There's no denying Havertz has been mightily impressive in the last two seasons in the Bundesliga. He currently has 13 goals contributions in 23 games, bagging a brace in the first game after the restart. The midfielder also had a hand in 21 goals last season, in 34 games.

Liverpool have been linked with the playmaker for quite a long time but it is quite unlikely that he will move to Anfield next summer, unless Bayer Leverkusen lower their £89m asking price.

Speaking of Hargreaves' Sane and Salah reference, both forwards, though not late bloomers, became world-class later than usually expected. The Egyptian, for example, flopped at Chelsea before becoming a beast at Liverpool.

Does Hargreaves have a point? Tell us in the comments or via our blogging platform!

Bayer Leverkusen legend Jens Nowotny tips Kai Havertz to become a world-class player amid Liverpool, Chelsea and United links
25
8
13 days ago
Didi Hamann: 'There's talk about Werner going to England but Havertz is the one I would be looking at'
33
8
1 month ago

Kai is a special talent and as such needs to choose a talented side with a German manager, forget the rest and choose Liverpool YNWA