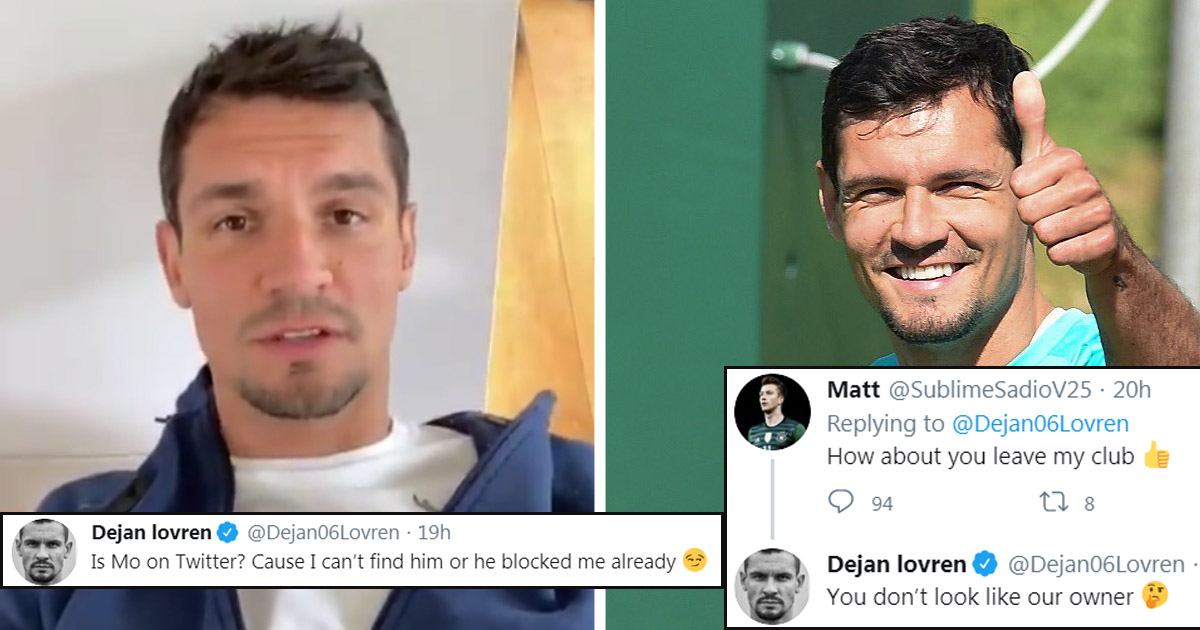 Roasting Salah, perfect comeback joke: do we have new king of social media in Dejan Lovren?

Some need time to get accustomed to a rather peculiar Twitter culture but the defender has blended in effortlessly.

On Monday this week, Dejan Lovren decided to start using Twitter. While his first couple of posts showed that he was adjusting to the platform, he has apparently settled in with several juicy tweets coming on Wednesday.

It all started with a rather innocent message about the Reds getting back to Melwood...

And trying to make sense of what people are doing on Twitter.

When getting used to new surroundings, find someone you already know:

And unapologetically troll this person.

He already knows what he's gonna do after retirement. Twitter magic.

If you are gonna tell him that his jokes are better than his defensive displays for LFC, know what to expect.

We all are, Dejan, we all are.

Do you think Dejan has the potential to overthrow Millie and become the new King of Social Media? Tell us in the comments or use our blogging platform to share best stuff about or from our players!

He’s not the best player that we’ve had. I’ve always supported him and got behind but he’s never been able to help himself. But he is a delightful character to have around that’s for sure

bruh, I blame Dejan for the loss against the club that must not be named