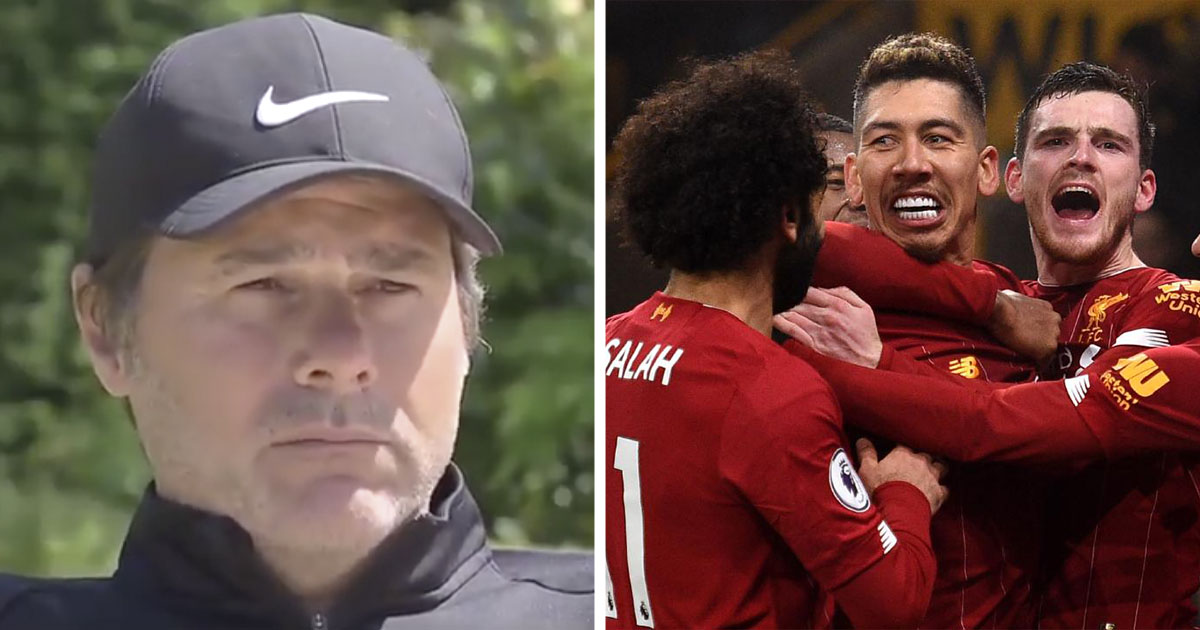 Mauricio Pochettino has named Roberto Firmino among the best three players in the Premier League.

"De Bruyne is going to be unfair, I don't know what I can tell you, Firmino, maybe? Yes. But there are hundreds of players I can describe."

This season, Roberto Firmino has contributed 11 goals and 12 assists in 43 Liverpool games in all competitions. The Brazilian remains an inseparable part of the Reds' front three and although he scores less than Sadio Mane or Mohamed Salah, his work rate is always immense.

Former Spurs boss Mauricio Pochettino: 'We were much better than Liverpool in the Champions League final'
-22
53
8 days ago
With Pochettino gone, Klopp now enters top 5 of longest-serving English managers
43
3
6 months ago

I wish he win the league again next season