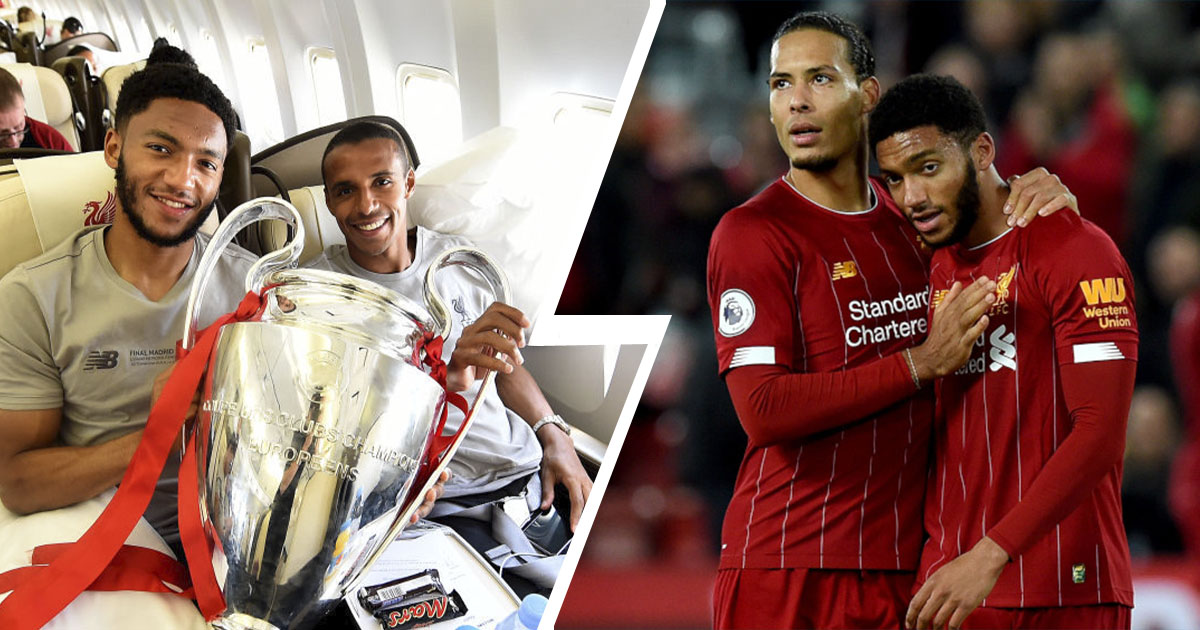 Joe Gomez celebrates is birthday today and Tribuna.com take a look at the best bits from his interviews - there's plenty of great and emotional stuff there!

"We turned up to the hotel and it was ridiculous, security everywhere and hundreds of people. Straight away from there, I realised. We then flew to Australia and played against Brisbane Roar and the stadium as packed. That was the first time I heard 'You'll Never Walk Alone' and I thought 'yeah, this is a different scale'."

"I was a young centre-back, hadn't really gotten as many games there [at Liverpool] as I would have liked but as soon as he came in, he reached out with open arms and we formed a bond straight away.

"The fact that he is a down-to-earth person off the pitch, we get on really well and we have a great relationship. He's your mate at the end of the day. Sometimes he gives me an earful, but it's a massive help and a confidence booster just having someone like him beside you.

"Just having him alongside you and his presence, it's not just me, it's the whole team and the stadium when Virgil goes down, I think there is a bit of a gasp and a worry but he's a real dominant force and a pleasure to play alongside."

"I’m so grateful to be around him in the dressing room! I think he probably doesn’t realise, subconsciously, how much he raises the standards.

"Like if there’s a day off, you feel like ‘oh, Milly’s probably doing this, I should be doing this too’, or just every day, his attention to detail, his pre-act, every day he’s in the gym. I don’t think, playing right now, there’s many pros at the level of professionalism that he maintains."

"You never want to prey on anyone's downfall. I myself have been there with injuries and so on and I know it's far from a nice place to be. But it's part and parcel of the game and it's why we have to work hard when we're not involved to be prepared.

"It can happen at any time, so I myself have to try to do my best to help the team. On a personal note, it's an opportunity but the main thing is trying to participate as best I can to perform for the team.

"To be 16 and play like that is unbelievable. It is weird for me as I was always the young one and it seems a world away! I was 17 when I made by debut for Charlton but he is a special player and it is refreshing to see such confidence."

"What a player, he gives you a boost of confidence when he’s coming on and psychologically for another team it’s not nice! He’s massive and he’s popped up for us in so many moments this year and done it yet again."

"It was surreal. That whole experience was such a blur - I don't really remember what happened. I came on late in the game as well and it was pure butterflies. I was extremely nervous.

"Liverpool as a city, the way everything came together and the support we got when we came back was unbelievable. The fact that we basically hadn't slept, we came straight back from Madrid, got on the bus and everyone was still so alive and happy just shows what it was like.

"Even now, looking back at the pictures when we're going through the town centre, those will definitely be pictures I'll show my son and be proud to say I was on that bus."

How do you rate Joe's career at Liverpool so far? Let us know in the comments or on our blog platform!

Great player and fantastic partnership with Virgil, will be together for many years, personally I don't think we should be looking at Koulibaly, would prefer money spent elsewhere.

Happy Birthday Joe have a great day. You are loved and rated highly and perform well with Virgil. 💯 %. Part of the LFC family stay safe and well 👍