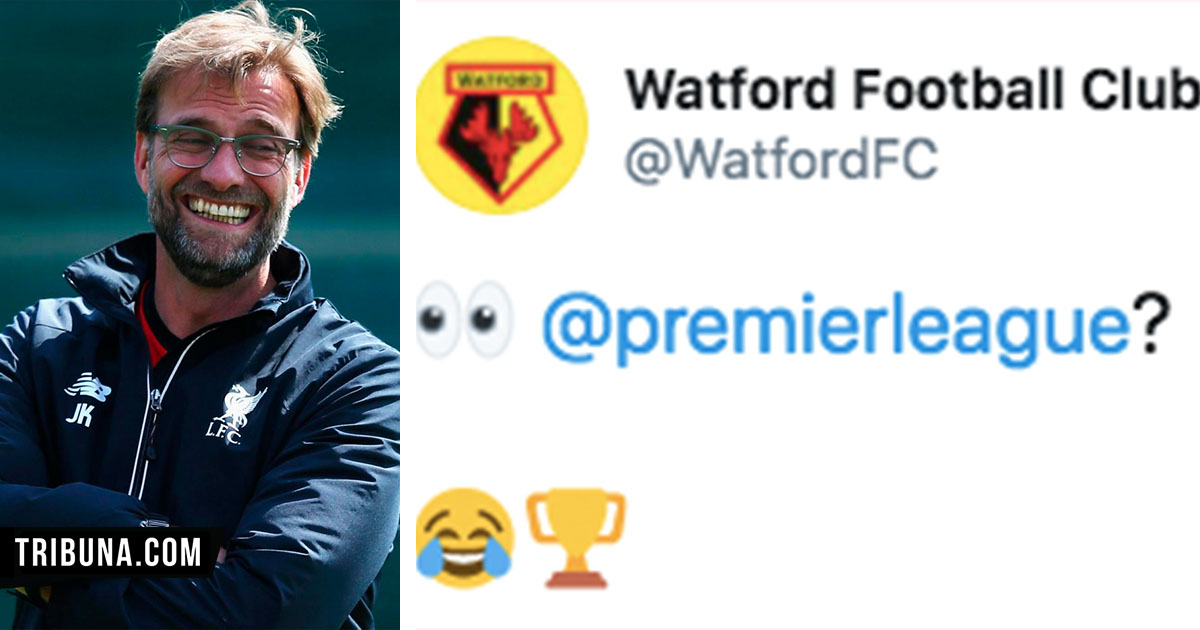 Earlier, speaking to Spanish outlet Mundo Deportivo, Cereso suggested the Rojiblancos should be crowned the European champions if the current Champions League campaign can't be finished because of the coronavirus pandemic.

"The champion should be the one who beat the champion," Cerezo said referring to Atleti's 3-2 win against Liverpool in March.

Watford replied to him in style, jokingly suggesting they should be crowned the PL champs then.

The Hornets are the only Premier League team which managed to beat Liverpool this season. However, these days they are really far from fighting for the PL crown: the Hornets sit 17th in the table, level on points with West Ham and Bournemouth.

Christian Kabasele slams Twitter user who suggests Watford are using 'tactics' to avoid relegation
15
18
2 months ago
Wenger: Watching Liverpool lose at Watford was 'a form of satisfaction'
13
10
2 months ago

The Man is a fool.