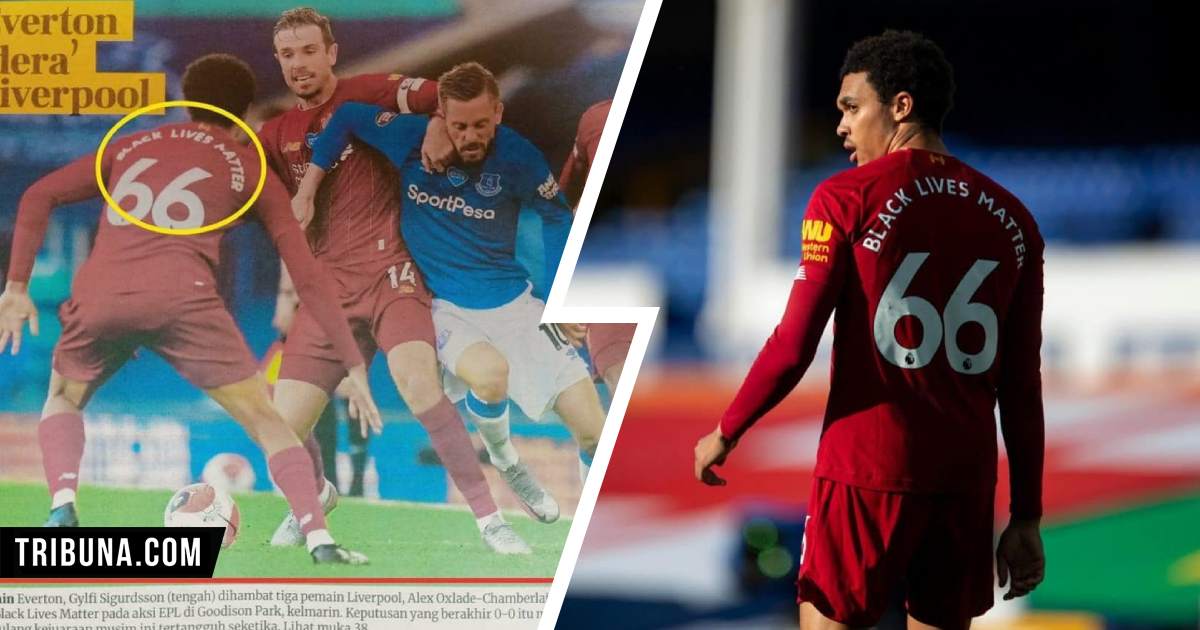 As far as embarrassing mistakes in print media go, this has to be one of the worst and the funniest ones!

All Premier League player names were replaced by Black Lives Matter on the back in the first weekend back for England's top division.

However, that memo apparently did not reach this Malaysian newspaper which mistakenly renamed Trent Alexander-Arnold as "Black Lives Matter" in the caption for their image of the Merseyside derby.

Reddit user @The_far_yard provided us with this hilarious tale and was kind enough to translate the caption for us: "Everton player, Gylfi Sigurdsson (Middle) pressured by three Liverpool players, Alex Oxlade-Chamberlain (Right), Jordan Henderson and Black Lives Matter during the EPL action at Goodison Park, two days ago."

Well, we just hope that the newspaper spotted their error - no harm was done, but a hilarious tale nevertheless as this image was more entertaining than the entire game against Everton!

The Malaysian media is known to be very bias towards scums.