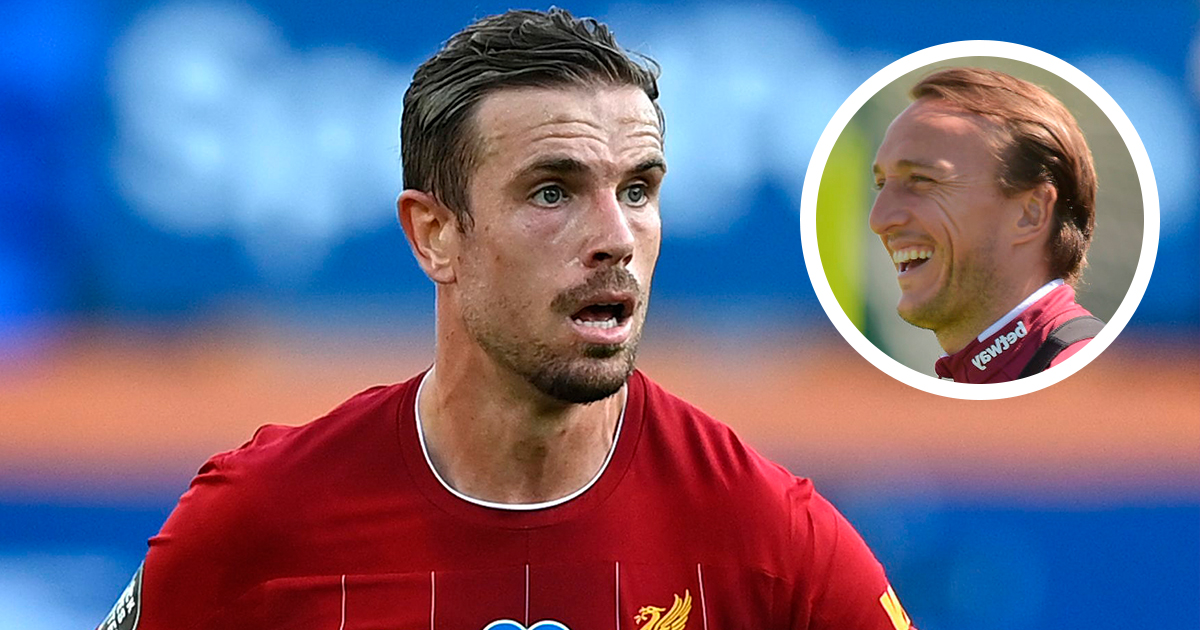 On Sunday, Liverpool drew against Everton at Goodison Park in their first game since the restart of the Premier League season. West Ham captain Mark Noble claims that even the Merseyside derby looked like a friendly with no fans present. Jordan Henderson might have shared the same opinion.

"There were times on Saturday when it felt a little like a pre-season friendly," the 33-year-old told the Evening Standard. "I watched the Merseyside derby on Sunday night and it felt exactly the same.

"In fact, I spoke to Liverpool captain Jordan Henderson after the game and he echoed my thoughts, that it was so strange without the fans in what is normally an electric atmosphere."

The Premier League has adopted a series of innovations, including things like putting fans on a giant screen and a dedicated celebration camera, in order to enhance the viewers' experience; however, there's hardly anything that could help players to the same extent.

It was earlier suggested that all 20 Premier League clubs were preparing for the possibility of playing the entire 2020/21 campaign behind closed doors in the aftermath of the COVID-19 pandemic.

Next up for the Reds is a clash against Crystal Palace at home on Wednesday, June 24. Deprived of the Anfield magic, Liverpool might be more affected by the absence of fans than any other team.

However, lads from Spion Kop 1906 visited Anfield on Monday to get The Kop ready for the showdown. The iconic ground looks amazing and it would hopefully help the boys show their best against the Eagles.

give it a test mate

we just WON the premier league!

That's only to be expected without the fans YNWA