Tribuna
/
Liverpool
/
News
/
'Jurgen will go for records': Fowler not sure Reds youngsters will get much game time even when PL title secured 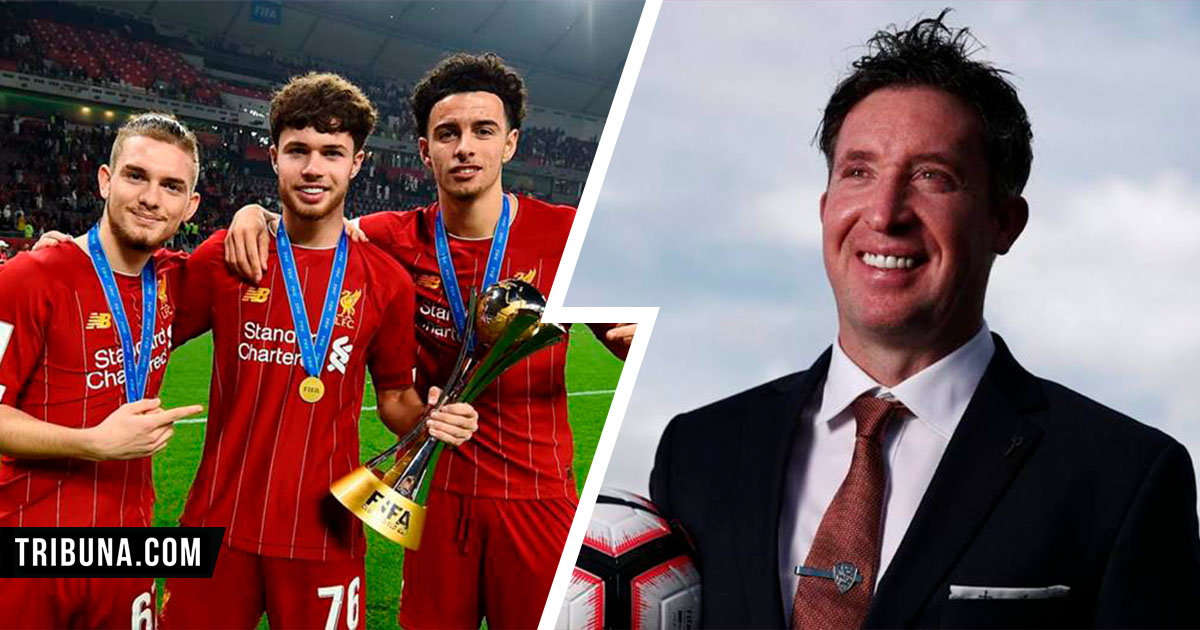 'Jurgen will go for records': Fowler not sure Reds youngsters will get much game time even when PL title secured

Liverpool starlets Curtis Jones, Neco Williams and Harvey Elliott are unlikely to play a significant role in the remaining games of the season even after the Reds secure the PL title.

That's the opinion of Robbie Fowler who believes Jurgen Klopp will try to set new records once the title race is over and that will make him use his most trusted men.

"I think there’s obviously a bit of clamour for that but I’m sure when the title is won I think Jurgen will probably go for records," Fowler told the Premier League Productions.

"He’ll want to get over 100 points, he’ll want to remain unbeaten for the remaining games. Before tonight I struggled to see them winning all of their games, or getting as many points as possible.

"But having seen the performance [against Crystal Palace] I’ve got a little sneaky feeling that it will be hard for any team to stop them.

"I think that’ll be Jurgen’s thoughts. As much as he’ll give a few kids a little go, I’m not sure they will start and play a large number of games remaining. I think he’ll try to go for maximum points."

Against Crystal Palace, Neco Williams registered his Premier League debut while Harvey Elliott was given a five-minute cameo and Curtis Jones remained an unused sub.

That points record is very important. We may not have another chance than this to break it or set a new one. Guardiola and his Man city will keep on bragging

Hope so! This Liverpool team deserve to be legendary!