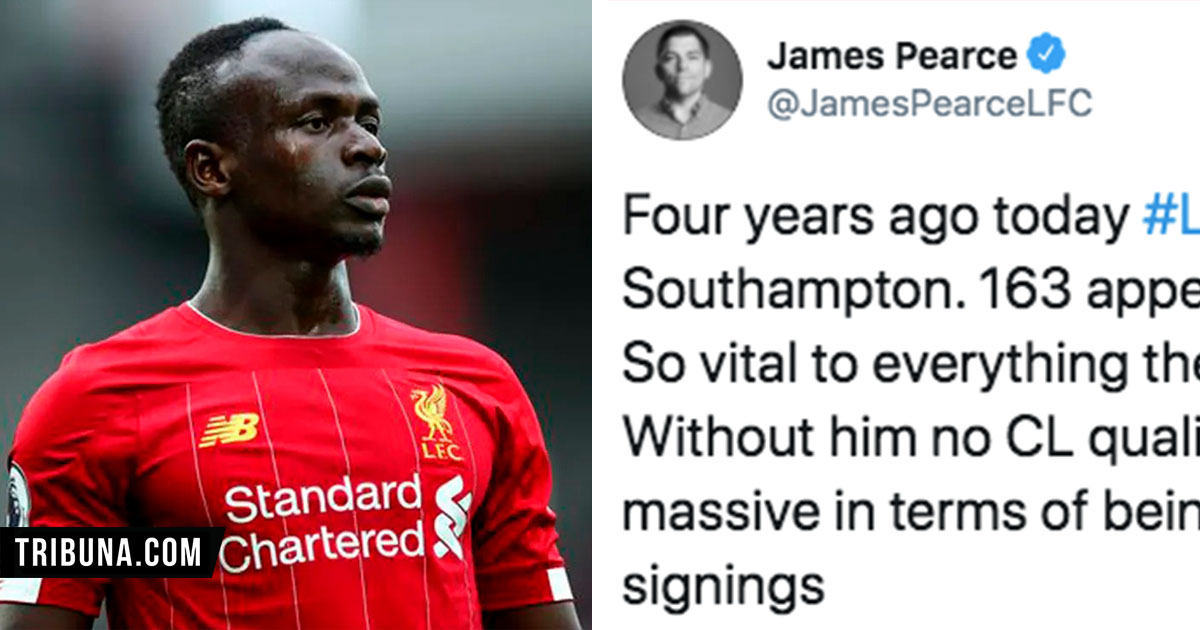 It's hardly possible to overestimate Sadio's impact at Liverpool!

It's been four years since Sadio Mane is a Red. The Senegalese winger singed with the Reds on this day in 2016 and became the key member of the squad.

"So vital to everything the club has achieved under Klopp. Without him no CL qualification in 16/17 which was massive in terms of being able to afford/attract other key signings."

A lot of Liverpool fans shared their admiration for Sadio in replies to James' tweet:

Four years ago, Sadio Mane joined Liverpool from Southampton: where does he rank among Liverpool's all-time best attackers?
114
30
7 days ago
'He is a big inspiration for me. I will do my best to become the next Sadio Mane!': Southampton youngster Moussa Djenepo names Liverpool winger as his idol
47
2
1 month ago

Sadio has been magnificent for the mighty redmen since joining us, and long may it continue for many years to come YNWA

Mane was more than a striker, he's always involved in defending if required and getting involved in attacking, something familiar with FIRMINO but he has scored more goals.