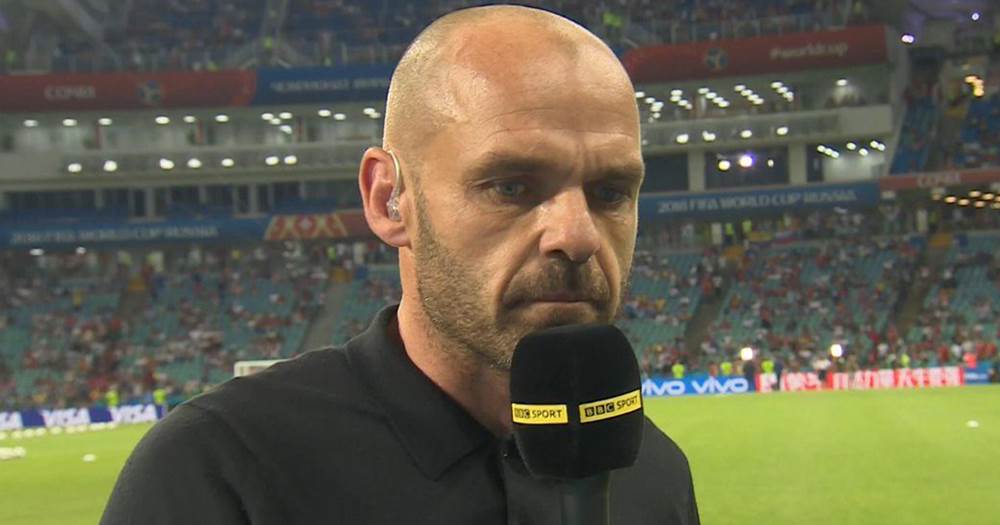 Danny Murphy has produced a rather peculiar stance on such seemingly harmless tradition as giving a guard of honour.

Manchester City are to pay respect to Liverpool's Premier League triumph on Thursday ahead of the game at Etihad. However, the ex-Red feels it's a useless tradition neither City nor the Reds' players will truly benefit from.

Moreover, the former Liverpool man hates the very idea of Kevin De Bruyne, whom he considers the best midfielder in the world, applauding to players who are nowhere near him, in Murphy's opinion.

"It’s a perception of respect, 'the right thing to do', the message you’re trying to send to the football world that when somebody wins, that you show respect and grace," he told talkSPORT.

"The fact City will be doing it on Thursday will show humility, saying 'well done' to Liverpool and appreciation for their quality. I think it’s a load of nonsense!

"I don’t know where it started and why it started, I would feel uncomfortable doing it. I’d do it because you have to do it, but I wouldn’t want to do it, because it’s not done with sincerity.

"If I was a Liverpool player and United won the league, you know they’re better than you, you respect that and you’re trying your best to be like them, so they know you respect them.

"The fans don’t want you to do it, the players don’t really want to do it, it’s all for effect and it doesn’t mean anything.

"Kevin De Bruyne is the best midfielder, probably, in the world, and he’s clapping his hands and giving a guard of honour to players who can’t even lace his boots!

"And if I’d won it, by the way, if I was walking through, I’d feel awkward. I’d feel uncomfortable. I understand why the powers that be created, because it does give off the right message to those watching. But I don’t see the point."

Well, ideally the point is precisely in the act of humility and respect, Murphy has himself described at the beginning of his speech. The problem is, whether this point indeed gets lost when the act is performed not 100 per cent sincerely.

It's a philosophical issue that has a rather simple solution - it will be devilishly pleasant to see our greatest rivals of recent years kneeling down before Klopp's lads' brilliance, won't it?

How do you feel about this tradition? Do you as well think it's redundant? Let us know in the comments or on our blog platform?

Danny Murphy thinks Liverpool will need more firepower next season with AFCON in sight; still stresses nobody could question Klopp's decisions
35
19
13 days ago

Can’t understand is stupid and shameless point. So is he telling us that The likes of Gini,millie, hendo, Ox, fahbino keita etc can not lace Kevin de bruyne’s boot? Ur an idiot Danny. Full stop

Tell him to look at the mirror! He is just a fringe player himself when he played for Liverpool!

Hey you morons! You’re nothing & nobody when you played for Liverpool. That’s why you left ! Look at StevieG.. He is a Legend 👏👏👏👍. Future Liverpool Mgr .

I have never considered Murphy as a legend so am not surprised to hear this from him. Who in Liverpool he is referring to as not good enough to lace the boots of KDB? I honestly hate Murphy from today onwards

He’s just a fringe players when he played for Liverpool! That’s why he left ! Real idiotic fool

These guy is a fool. Who is Kevin De Bruyne? Did he invented football? He is just 4 assist ahead of Trent Alexander Arnold and if he is that good that nobody can't lace his boot Liverpool won't be 23point ahead of his team

Bingo ! KDB should lace or polish every of Liverpool players when they march in the City Stadium! 🤠👻🤣🤣🤣

stupidity of the highest order. Kevin is good no doubt about that, but does that make the city squad a better one to Liverpool?.