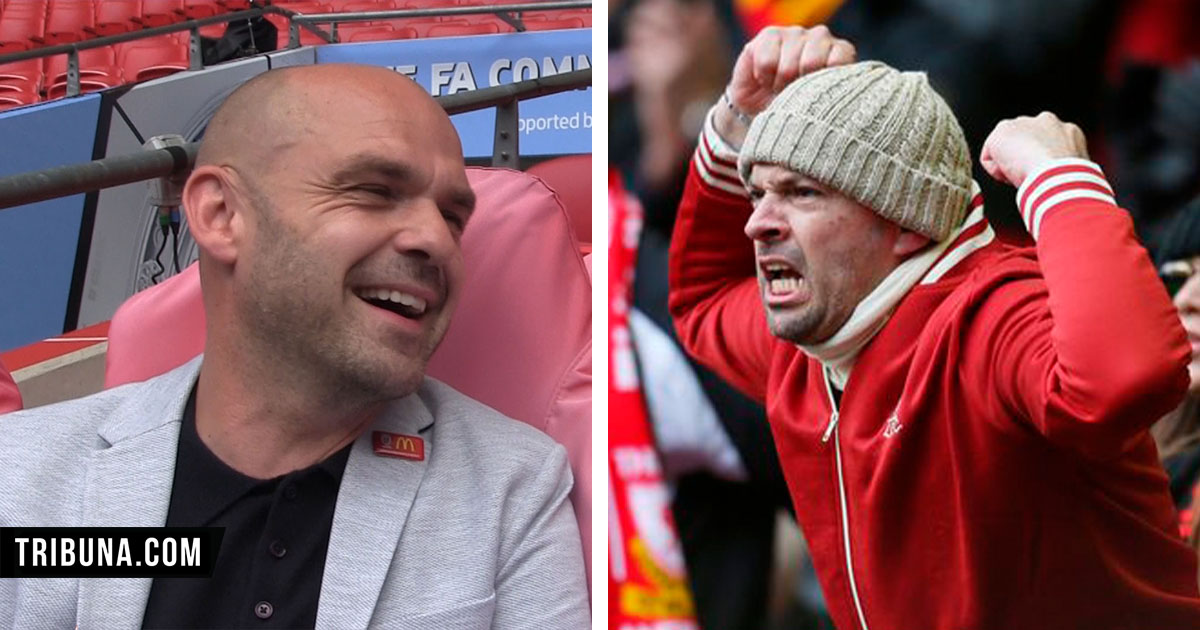 The ex-Red suggests the tradition shouldn't be observed because the City players wouldn't be sincere greeting the Reds. Moreover, he believes their star Kevin De Bruyne is a better player than any one of our lads and both statements weren't welcomed by Tribuna.com users!

Danny Murphy's recent claim looked strange even by his standards. The former Liverpool midfielder said the Reds should not be given a guard of honour at the Etihad.

"I think it’s a load of nonsense!" Murphy said. "I would feel uncomfortable doing it. I’d do it because you have to do it, but I wouldn’t want to do it, because it’s not done with sincerity.

"The fans don’t want you to do it, the players don’t really want to do it, it’s all for effect and it doesn’t mean anything. Kevin De Bruyne is the best midfielder, probably, in the world, and he’s clapping his hands and giving a guard of honour to players who can’t even lace his boots!"

If Gary Neville or Andy Gray said that, we would hardly be surprised but to hear anything like this from a former Red? To say our users were shocked would be an obvious underestimation.

💬 Michael Olusegun Shobande: "Stupid and shameless point. So is he telling us that the likes of Gini, Millie, Hendo, Ox, Fabinho, Keita, etc. can not lace Kevin de Bruyne’s boots? You're an idiot, Danny. Full stop."

💬 Kosh007: "Who is Kevin De Bruyne? Did he invent football? He is just 4 assists ahead of Trent Alexander-Arnold and if he was that good that nobody can lace his boots, Liverpool wouldn't be 23 points ahead of his team."

💬 Don Nelo: "I have never considered Murphy a legend so I am not surprised to hear this from him. Who at Liverpool is he referring to as not good enough to lace the boots of KDB? I honestly hate Murphy from today onwards."

💬 JC: "Jesus, Danny, it's an acknowledgement by professional football players to other players who they competed in a competition and they (City) are acknowledging that Liverpool won that competition. Danny, this is sports and when all is done it's only right and fitting the victors are saluted."

💬 Irish Red: "FFS, Danny, I liked you as a player but what you have just said is a blatant insult to the Liverpool players. You ask why Man City should give a guard of honour? Because Liverpool are the champions, Man City are not. There's your answer."

Not fit to lace KDB's boots, you say?

💬 Tina Murphy: "Danny that is just disgusting and shameful of you. Our lads have done great over the last couple of seasons and still haven't peaked yet so don't compare or judge our lads in such a disgraceful and belittling manner. Did you say the same when City received the guard of honour? Because, I can't remember you saying anything."

💬 Paul Jennions: "Sorry, Danny, you have just lost all respect from Reds fans for that idiotic quote."

💬 Mart Mcclellan: "So, we have smashed records, won the league with the most games left to play and got the biggest points gap in Premier League history but the players are not good enough to tie up City players' boots? Nearly forgot, did we not beat City as well this season? Danny, what are you on?"

💬 Simon Cadney: "You would never hear Kevin de Bruyne say that no other player is fit to lace his boots. He has humility and acknowledges how well Liverpool have played this season. You should learn a thing or two from him, Murphy."

💬 sspdenker@aol.com: "It's called sportsmanship, Danny, an old English valued tradition, respecting the opponents who were better, it's still a classy thing to do, I'm sure Liverpool would do the same."

And for Danny Murphy.. What a fuckin complete arse hole them players are pros.... We would rightly give them the same treatment as what we're receiving.... Fuckin tosser...

oh Danny boy why oh why. we know this is not compulsory but its a sign of RESPECT and how do you think how players like yourself have had to do it for others like utd or City to name a few. Come on Danny thought you where better than that. Your going to get some shit now boy

you dont deserve to speak for Pool anymore.. u pc of shit... everybody who know that we deserved the title cos our players work hard for it.. go fuck yrself u fucking moron..