Tribuna
/
Liverpool
/
News
/
'What’s the point in having you? F* * * me. Honestly': Robertson rants at referees after Burnley draw 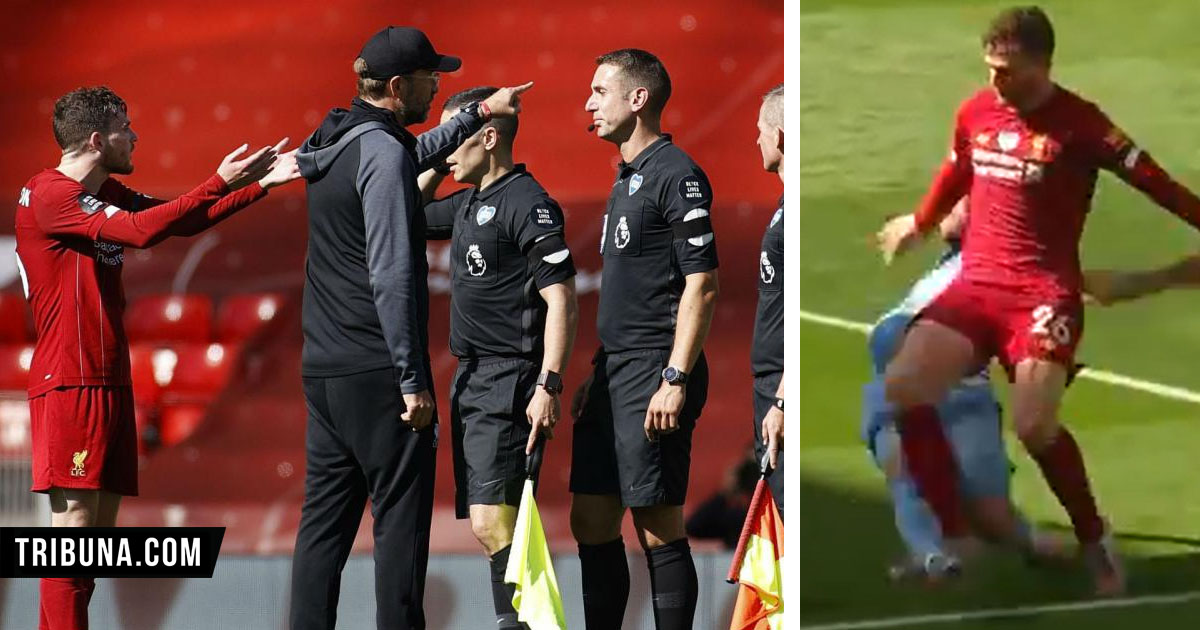 'What’s the point in having you? F* * * me. Honestly': Robertson rants at referees after Burnley draw

The Reds fans have plenty of reasons to be frustrated with the 1-1 draw against Burnley. And some of them certainly revolve around David Coote, the referee in Burnley clash.

First, he was allowing too much in Liverpool's penalty box, as Alisson was physically bullied by cocky Burnley players and certain fouls should have been given in most of those cases.

And secondly, Coote didn't give a penalty on Andy Robertson, when Johann Berg Gudmundsson nearly tore the Scotsman's leg off.

Naturally, both Robbo himself and Klopp were furious after the clash, as they approached the referees and verbally annihilated them. Well, mostly Andy, of course, as his passionate rant was captured on camera.

Well, Robbo, prepare for proper fines now. Totally worth it though!

As for Klopp, he was more restrained and less loud, so there's not much one can hear in his speech, which is unusual, to say the least. However, he later admitted that mostly he ranted about how fouls on Alisson weren't given.

Their frustration was doubled as the Reds have now failed to reach the historic feat of winning every single home game of the season, having lost first points in Premier League at Anfield since January 2019.

ghost
26 days ago
•••
Reply to a comment by Geoffrey White

Ref was shit but that WASN'T a penalty. VAR was right. That's what it's there for

Carl Baines,When you wrap your legs around another player's in the box and don't get the ball it's a penalty go learn the rules

I KNOW the rules cos I played football for years. The replay shows he JUST got the ball. I thought it was a penalty until I saw the replay. So VAR has obviously checked it and seen the contact with the ball. Try being unbiased

i agree with Robertson ynwa

chaz
26 days ago
•••
Reply to a comment by Pauline Miller

yes I agree it was a penalty, but what you look at the whole game with possession and shots we should have scored alot more, we need to be more clinical

the ref was either incompetent or bent. Some awful decisions that he made against Liverpool. His performance needs to be reviewed and he should be removed from feffig another premiership game for the next 6 months it was a dreadful display .As for VAR whywas it not used . I can only assume it was not used because ifit was then we should have had two penalties but then again we not Man Ushited who get given pens by refs and VAR when they are clearly not.

Frank Tiswell
26 days ago
•••
Reply to a comment by Redman73