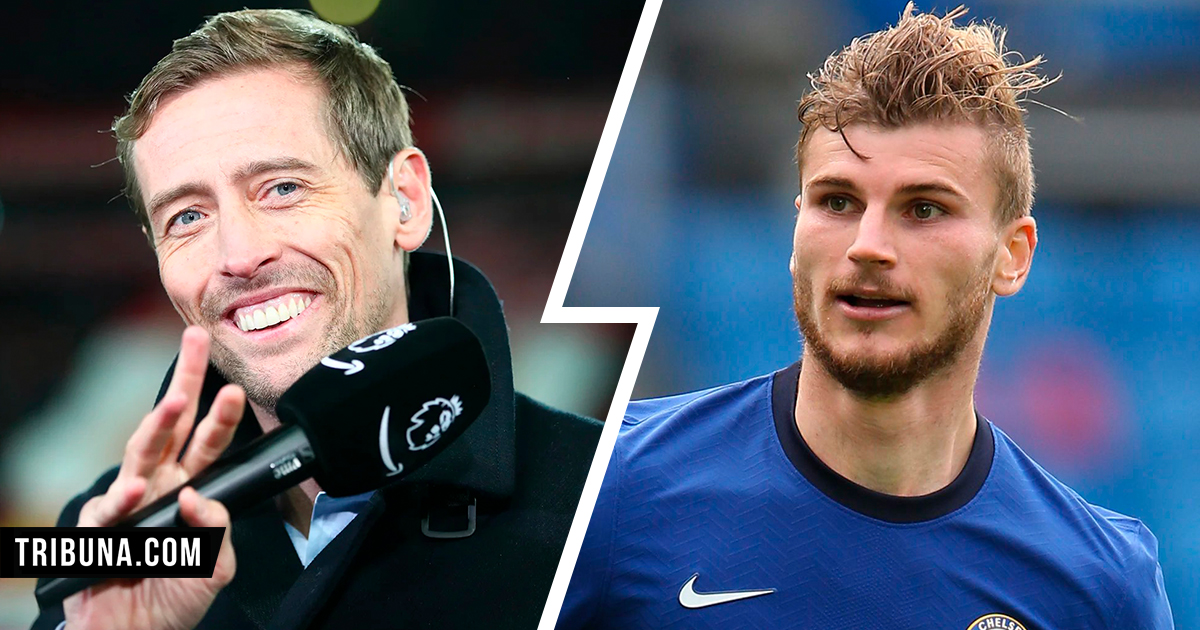 Peter Crouch: 'Liverpool missed a trick not getting Timo Werner'

It might become clear on Sunday whether or not the Englishman is right.

"There are only so many times Mohamed Salah, who bailed out his team, and Sadio Mane can produce heroics," former Liverpool striker Peter Crouch told Sky Sports.

"Adding another midfielder — such as Bayern Munich's Thiago Alcantara — or back-up striker would be welcomed. I have a feeling they missed a trick not getting Timo Werner."

On Monday, Werner made his Premier League debut for Chelsea in a 3-1 win over Brighton. The 24-year-old was one of the best players on the pitch and even earned a penalty in the first half.

The next game is going to be important for Werner as Chelsea and Liverpool will go head to head at Stamford Bridge on Sunday, September 20.

Jamie Carragher: 'Timo Werner wouldn't get in Liverpool front three'
67
25
5 days ago
Klopp told Werner to 'wait couple of weeks' so he could work on funding move but striker joined Chelsea instead
-28
49
12 days ago
'We want to battle with Liverpool': Timo Werner warns Reds that Chelsea are coming for PL title
32
71
18 days ago
Ex-Liverpool treble-winner warns Reds might regret missing out on Timo Werner transfer
30
25
2 months ago

let's forget about this lad how many legs does he have safe? let's focus our team and our game when we do won champions league, super cup, world club cup and premier league he's not there then why one man will come and distract us here ynwa

oh wow we still talking about this.....Cmon man he's a Chelsea player get over it...

Whether they did or didn't we need to move on, we have more important targets to aim for like retaining the PL🤐🤐