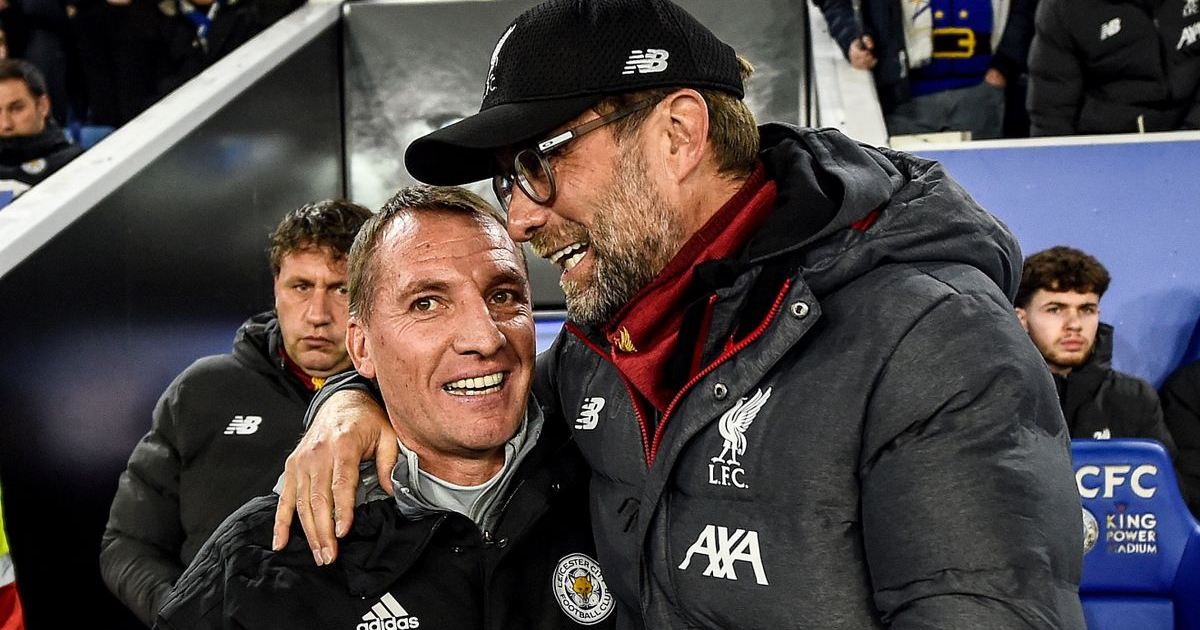 Brendan Rodgers' high-flying Foxes visit Anfield in a top-of-the-table clash as we return from the international break.

Liverpool: Fabinho and Thiago Alcantara have a chance to play in this game but Trent Alexander-Arnold and Jordan Henderson have been ruled out. Andy Robertson is fit to play but Mohamed Salah will also be absent after testing positive for the coronavirus a few days ago.

Leicester City: Rodgers should be able to welcome Timothy Castagne and Wesley Fofana back this weekend after recent problems. Ricardo Pereira is also closing in on a return but this match will come too soon for him, while Wilfred Ndidi, Daniel Amartey and Caglar Soyuncu are also sidelined.

Stats to know (via Opta)

"I will be interested to see how Liverpool replace their missing players but whoever comes in needs to be at the top of their game. Leicester play great football and Jamie Vardy, who is flying, can exploit Liverpool’s makeshift defence."

"As we all know, Liverpool come into this with a few key players missing. One huge positive that has come from this is the emergence of Diogo Jota. He’s been in incredible form and will have the platform to play a huge role here again. The Reds are a bit light in midfield but Jurgen Klopp still has options, so the team should be strong enough. I’m expecting an open match, and I think Liverpool will win with both teams scoring."

"Our 63-game Anfield record is on the line tomorrow. Leicester are top of the table and we are missing a lot of key players but not for one second do I think Klopp's men will fold easily. It should be a tough game for us but I think the champions will make a statement and come out with all 3 points in a cagey game. Mane to score for sure!"

Quotes from the manager (Via Liverpool FC)

Jurgen Klopp: "Of course, it's eight matchdays and Leicester not only showed last year how good they can be, this year again. They changed their style slightly maybe because of the injuries they had.

"Good example of how you can deal with an 'injury crisis'. Did really well, are in a good moment, have a clear idea how they want to play. It's a tough one and, of course, they are contenders for everything. They were last year for a long, long period and this year they are more experienced in situations."

BET ON THE GAME HERE

Alisson to pay special tribute to legendary Ray Clemence before Leicester game
104
17
7 days ago
'Incredible how he uses it': Klopp names Vardy's biggest strength as Leicester visit Anfield
44
5
7 days ago

redman
6 days ago
•••
Reply to a comment by ItzIbrahim

CJ
6 days ago
•••
Reply to a comment by ItzIbrahim

Agree, if they are all fit.

The option line up is OK ,but the only suspect weak point it is on Neco Williams to contend the striking force from Leicester City. Beta to use ever green James Milner

Rex Berryman
6 days ago
•••
Reply to a comment by IVAN.