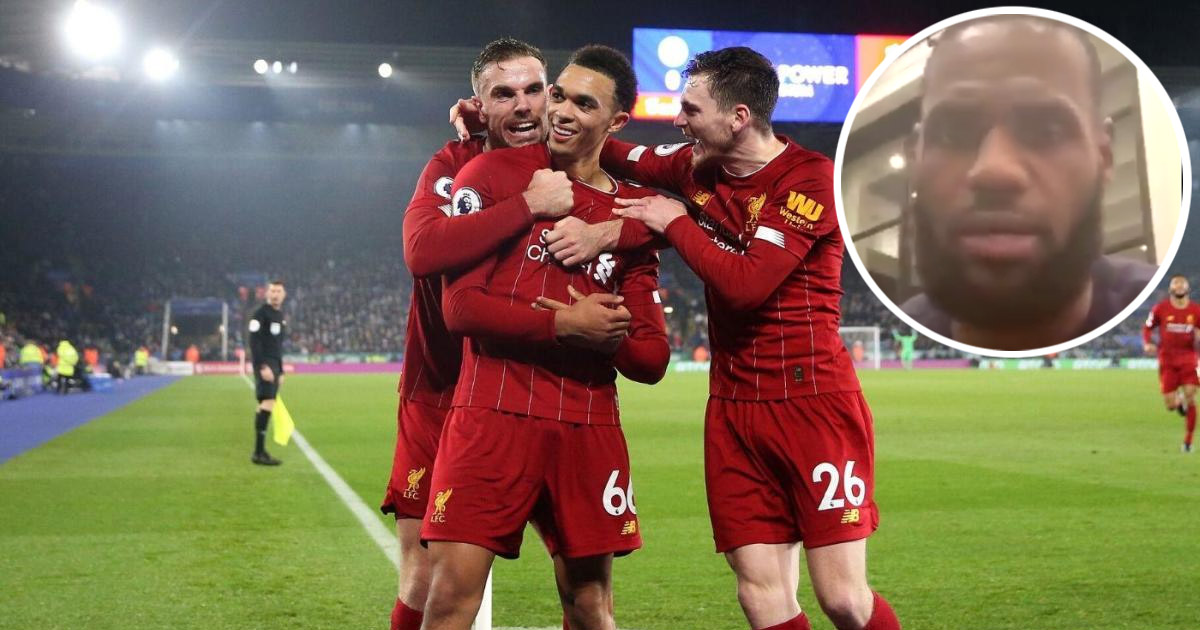 LeBron names his favourite footballers: 'Straight up, every player on Liverpool'

NBA icon LeBron James has discussed his love of football and revealed that every Liverpool player is among his favourites.

"Favorite soccer player? I've got a few of them, a few great soccer players," he said on Instagram as cited by Goal.

He added: "Messi, yeah, for sure. Messi, legend. Zlatan? His crazy ass. He's crazy, but he damn good though."

LeBron is known for his affection for Liverpool and even holds a minor stake at the club.

There are many other LFC celebrity fans. Here is a 40-name list including the likes of Brad Pitt, Caroline Wozniacki and Pope John Paul II.

Meanwhile, the NBA season has been postponed due to the coronavirus outbreak just like the Premier League.

by God that man has great taste 👌