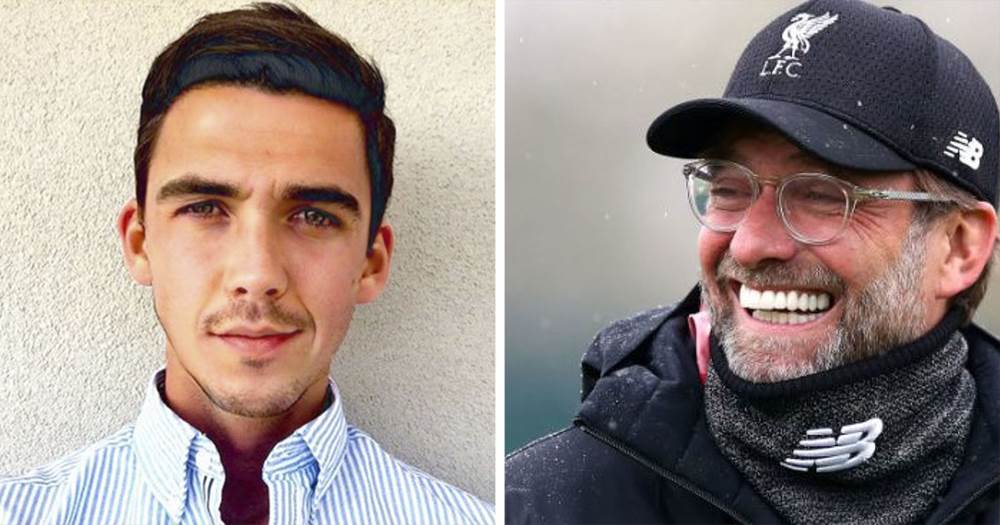 ESPN journalist comes up with ridiculous 'LiVARpool' claim, gets strong backlash from fans

When opposition fans talk about 'LiVARpool', it's ridiculous but easy to understand. However, when a journalist, supposed to be objective, says the same, that raises eyebrows.

Recently, ESPN have come up with an 'analysis' of what the Premier League table would look like without VAR. It appears the Reds would still be top of the league at 56 points but Man City would be the runners-up at 49 points.

That was enough for ESPN journalist Alex Shaw to tweet: "It really is Livarpool. There would be a title race this season without VAR."

Even non-Liverpool fans slammed Alex on Twitter for saying nonsense.

Unless you are questioning the accuracy of the decisions than I don’t see what the big fuss is. Do we want decisions they are wrong to cut Liverpool’s lead down? Weird.

@Dohers89 liking this. Despite being a flawed algorithm. It says we would have only dropped 2 more points (despite var making the right decision in that game) and would still be top by 7 points top with a game in hand. It also has Utd dropping to 9th. I can’t even😂🤷🏻‍♂️@AlexSallery

Never known such fume caused by one team. The level of desperation around the country to try and devalue how well Liverpool are playing is sad. We deserve to be where we are just suck it up.

Not a Liverpool fan, but to promote a table based on ifs & buts is no better than a chocolate teapot sat in front of a chocolate fireguard.

Yes, that really is what you're saying

Why 'LiVARpool' talks are nonsense: Reds aren't the luckiest PL team when it comes to VAR decisions
71 20
21 day ago

Seen this in the twattersphere last night. So they've basically made an entire set of rules rí make us look like we've been the biggest recipients of var decisions, these bitter cunts make lemons seem sweet

Justice Bothway11 days ago
Reply to a comment by ⭐The Boss⭐

😂😂😂😂 l was reading it last night on Twitter and though what a cunt!!!!we are back on our perch and its killing some people.

Justice Bothway, 🤣🤣🤣next they'll be saying 'if the referee was a horse any the goals were actually brick walls' , that Liverpool wouldn't be destroying all that steps in our path, which we still would. Ifs and buts man, just bitter and twisted nonsense. They think we're unbearable now with our unbearable flags, wait until we lift the league trophy again. We'll drive them all to insanity and laugh at the cunts while we do it👊🏻🤣

What the fuck would espn know about (real) football anyway. The same shite was spewed last year, we would've won the league if VAR was there as City would've been down 5 points. Haters gonna hate, potatoes gonna potate 😂

MACA 🇮🇪, have you seen the variables that they threw into that🤦🏻‍♂️🤦🏻‍♂️ talking about scraping the barrel for any excuse 🤣🤣🤣

What he is saying is that other teams would have got more points by incorrect decisions. Firmino's arm pit meant that other teams had to be refereed by the same margin. Plus handball had to be the same for everyone, not one rule for City or United and one for rest of us. VAR although it means that decisions are checked by computer technology, it is still viewed by a human being. It is helping to get to the correct decision although by the smallest of margins, so it's the margins that may need to be looked at, as Graham Souness suggested. Accidental handball is subject to personal view. Against, people moan. For and fans say nothing. Only the players themselves know whether it was intentional handball or not, and sometimes reactions are automatic. The game is fast and you have body momentum but there are players that are sly and crafty with handball, look at Thierry Henery(don't know spelling) for France against Ireland. With VAR, it's harder for the likes of Martin Atkinson to be biased or even corrupt against a team he does not like, such as Liverpool, although he has still managed it. This journalist did not mention last season did he, when Atkinson basically lost us the title. I think this journalist is basically enjoyed that it's harder to favour a particular team, although he won't admit it. Typical journalist, pretending to know about a subject he would have loved to be involved in, so writes instead, as usual a complete fraud who's earning a living by knowing not very much. Journalists are like parasites sucking off those that do actually know something by doing it. These fraudsters actually get respect and get to ask questions to managers and players. One of the down sides about information technology is that anyone can talk or write bullshit and someone will notice it. They get in on the act by complete pretence. Do I speak the truth or not. Try and put a spin on my words and deny them.

Derek Swift11 days ago
Reply to a comment by Michael Sartorius

just keep your opinion to yourself prick

hiscoming Again11 days ago
Reply to a comment by Michael Sartorius

Robert Murray11 days ago
Reply to a comment by Michael Sartorius

🤣 You were doing so well until the end. It's best not to go on a rant about people ranting on social media while using a social media platform as there's a large degree of irony there 🤣🤦🏻‍♂️🤦🏻‍♂️

Also, that was incredibly boring👍🏻✌🏻good work

this sad little man is just not worth talking about, We are Liverpool, we know the truth and that is all that matters, so let's just ignore this nobody.