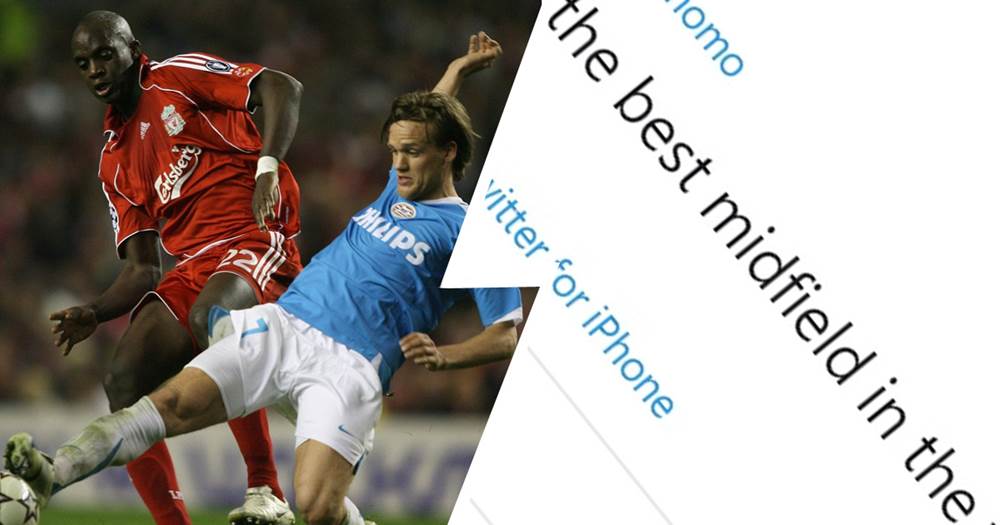 'Part of the best midfield in the world!': fans react to Momo Sissoko's retirement

Former Liverpool midfielder has announced his retirement from professional football and we've rounded up what the Reds' fans had to say on the matter.

Ex-Liverpool midfield dynamo Momo Sissoko has announced he will hang up his boots.

The midfielder from Mali was hugely popular during his time at Anfield, between 2005 and 2008,

We've rounded up the best reactions from the Reds' fans to the news - so sit back and enjoy!

“Woah, woah, woah. We’ve got the best midfield in the world. We’ve got Xabi Alonso, Momo Sissoko, Gerrard and Mascherano!”

He was part of the best midfield in the world.

What Momo Sissoko lacked in technical ability he more than made up for with sheer determination. Proper team player.

Once a red , always part of the red family

Now get him signed up for the legends team

Salah and Mane make Sissoko proud: 'They give a good image of Africa for the future generation'
42 5
4 months ago

I remember his game against Barcelona at Anfield in 2007. It was one of the best individual performances he had at LFC

he was good at winning balls

enjoy your retirement Momo, you did Us proud and will be remembered. YNWA.