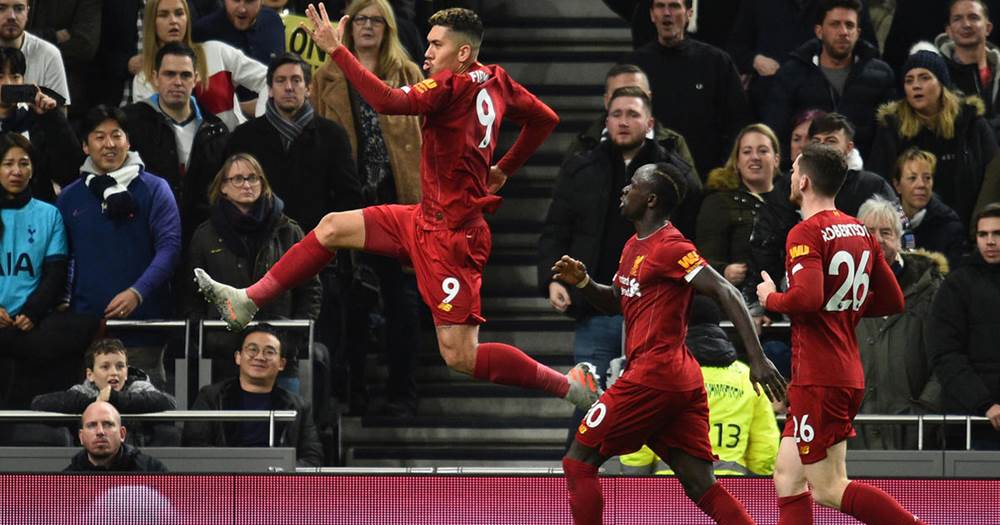 4 things you may have missed in our Spurs triumph

The Reds were absolutely ruthless at the Tottenham Hotspur Stadium, securing another important win but things were completely different in the tunnels.

Minamino chats up with Son

Takumi Minamino was seen talking to Spurs striker Heung-min Son. Both Asian stars were clearly enjoying themselves, before embracing and giving each other thumbs up.

After Liverpool came out from the dressing room, Andy Robertson was heard discussing tactics with Jordan Henderson and Trent Alexander-Arnold.

The left-back told the skipper that our opposition "move quite quickly" and to "switch it down that side" before finishing it off by saying "just keep it tight".

Virgil van Dijk has once again shown his high-end leadership, shouting "come on boys" before the match and during the half-time.

Henderson, Robbo and Trent gave shirts to the fans

Our lads were seen rewarding the travelling Kop, throwing their shirts to the away fans who stuck with the team throughout all 90 minutes of action.

'How has VAR not seen this?': Van Dijk's flying kick at Mane after winner vs Spurs goes viral
62 14
9 days ago

So many captains in that team. No ego mania but helping one another off and on the pitch.

That's family talk for looking after one another YNWA.

that's what We do at liverpool.no individuals, only one great team. I'm proud of you all. YNWA.