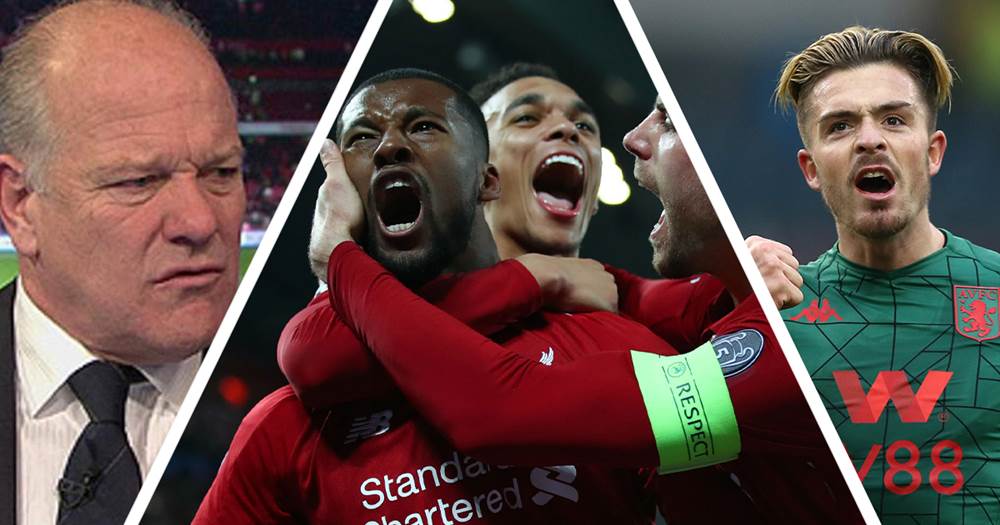 Former Sky Sports presenter: 'Grealish is better than any of Liverpool's midfield players'

There's no end to the madness and folly so long as club preferences go. Former Sky Sports pundit Andy Gray, who was fired for making obscene comments to fellow presenter, is proof of that.

Ex-Aston Villa man himself, Gray impudently mocks the Reds, suggesting that Villa captain Jack Grealish is a world-beater who's better than the whole Liverpool's midfield.

"If I was a coach of any of the top six, and I include Liverpool in this, he would make their team better. I'm telling you," said Gray. "In my opinion, he's better than any of Liverpool's midfield players.

Grealish has managed 8 goals and 6 assists in 23 games this season and looks imperious so long as the attacking stats go. His defensive contribution, meanwhile, is miles behind what the likes of Wijnaldum and Keita have to offer to our team, so Gray's comments are wide off the mark.

Please stop publishing this bullshit on this platform. However good he's Liverpool don't want him. Moreover we have responded to this same article twice in the last couple of days.

Community admin7 days ago
Reply to a comment by Stephen Emmanuel

Stephen Emmanuel, yes, you are right, we've already had a similar post on the app. Sorry but we are all human and sometimes editors make mistakes. We'll try our best to be more careful and check our articles before posting not to disappoint our users. Speaking about Grealish, we also don't think he's not the one Liverpool need and comparing a guy who is yet to be called up to the England squad with Hendo, Gini, Fabinho or Ox is just ridiculous.

Community admin, Great thanks for your response

full of shit you fuckin idiot

Why is this wanker allowed on this site, he should be banned for life.