Tribuna
/
Liverpool
/
News
/
'Some people have short memories of how badly he behaved': Pearce explains Klopp's issue with Coutinho 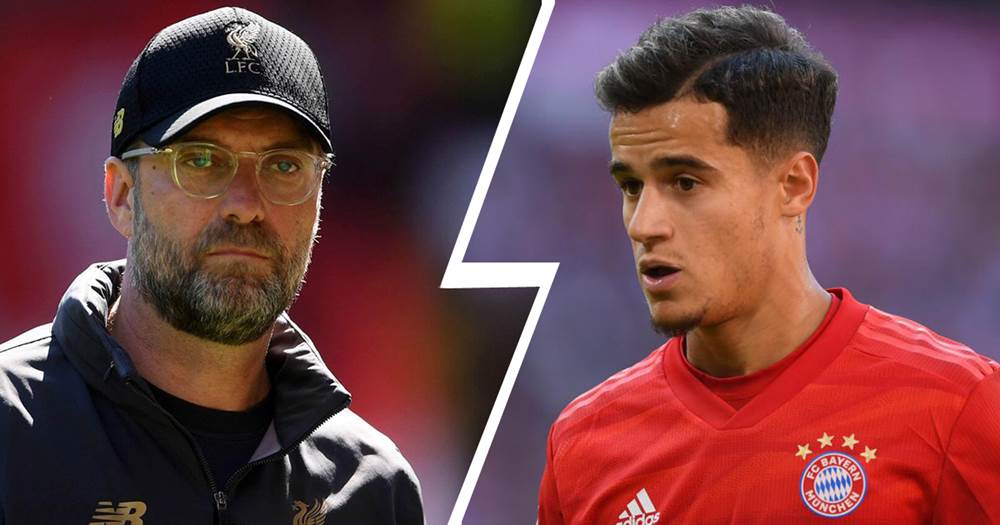 'Some people have short memories of how badly he behaved': Pearce explains Klopp's issue with Coutinho

The Athletic's James Pearce, the most reputable source of Liverpool-related information, has shared thoughts on the relationship established between Jurgen Klopp and Phillipe Coutinho back in the days.

"Klopp is an incredibly loyal manager," the reporter claimed. "But he expects that loyalty to come back the other way and I think he felt he didn’t have that with Coutinho. I think some people have short memories of how badly he behaved."

Coutinho arrived at Anfield in January 2013 in an £8.5m move from Inter Milan. The Brazilian made 201 appearances for the Reds, scoring 54 goals and providing 45 assists.

In winter 2018, the playmaker completed a controversial transfer to Barcelona for initial £105m which could rise to £142 million with various clauses being met.

For the Blaugrana, Philippe never managed to replicate his Anfield success. All in all, the playmaker took the pitch 76 times for the Catalans and scored 21 goals.

In August 2019, Coutinho signed for Bayern on a one-year loan. The 27-year-old has impressed this season, taking part in 27 of Die Roten's 29 games across all competitions and collecting 7 goals and 8 assists so far.

Liverpool
The Athletic: Klopp and Edwards discussed Coutinho's return in a brief talk
65
43
2 months ago

fully agree alot of people have forgot how he left us in the lurch, faked injuries and completely disrespected our whole family. I wouldn't want him back unless it's to hand the LFC players that have fought for this club the prem titles awards! YNWA

stop talking about Coutinho in this site. The END.