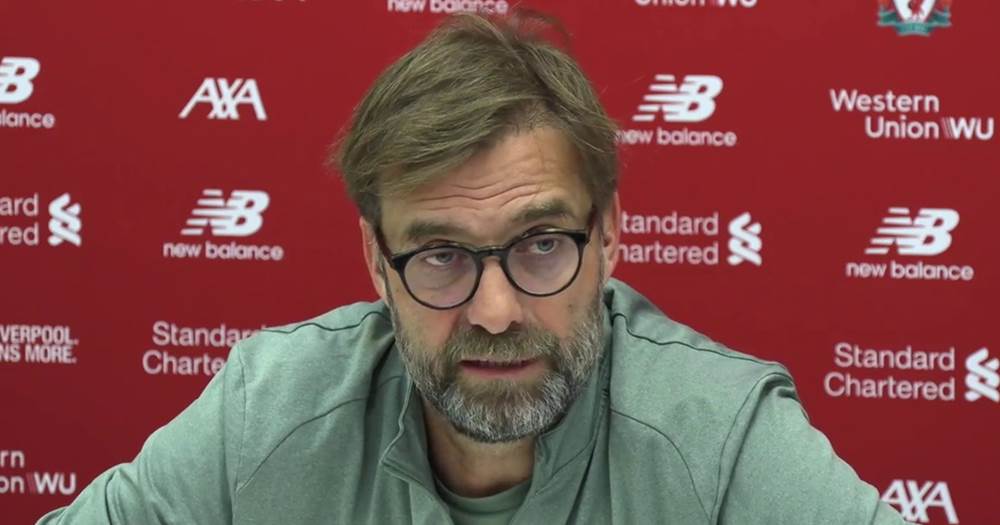 'Sensational job by all boys and Critch': Klopp claims Shrewsbury win shows what a wonderful club Liverpool are

Last Tuesday, Neil Critchley's U23s stepped in to beat Shrewsbury Town in the FA Cup 4th Round replay. Jurgen Klopp has shared feelings over the lads' triumph at the pre-Norwich press-conference.

"Absolutely great. I'm really happy for the boys," the boss said, as quoted by the Reds' official website. "I spoke to them now obviously and they all enjoyed it like crazy, they loved it. It was absolutely sensational what our crowd made of this game – a loud stadium.

"Creating that atmosphere just shows what a wonderful club we are. I loved it. It was really great. I expected us to play a good game, to be honest, and the boys did.

"The goal was a bit strange maybe but if there was a team who deserved to win in that game, then it was us. So that was really cool. Sensational job by all the boys and Critch, of course."

Liverpool will return to action on Saturday in a Premier League clash against Norwich at Carrow Road on Saturday.

Norwich are at the very bottom of the standings. The Canaries have won just 4 games so far and have collected 18 points.

Liverpool, in the meantime, are on course to claim a long-awaited Premier League title. The Reds have been nearly flawless so far, winning each of their fixtures except for a 1-1 draw against Manchester United at Old Trafford.

Neil Critchley: 'I know Klopp is really delighted with how the kids played vs Shrewsbury'
66 6
12 days ago

I just wish Liverpool match could be fixed on Valentine's Day so as to hang out with friends to go watch the lads play in expression of my love for the big Liverpoolfc family. #One binds us together

they made us feel very proud to be a red , superb.

just watched it on YouTube.. good to watch he always is .. ynwa!!!