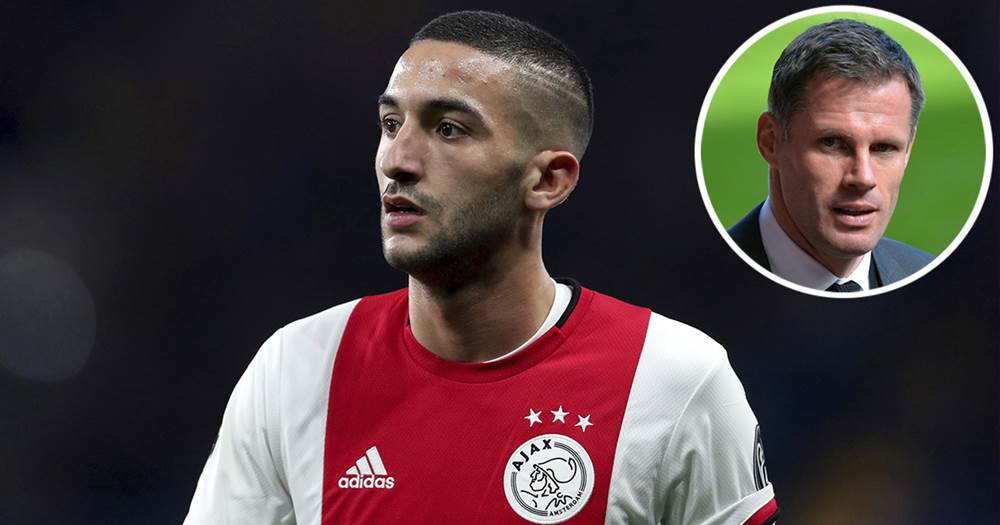 Chelsea have completed the transfer of Hakim Ziyech from Ajax for €40m potentially rising to €44m. Former Liverpool defender Jamie Carragher is surprised that the Reds have not tried to acquire the Moroccan magician.

"He was a player I thought actually Liverpool may look at as well; he can play both sides, maybe as cover for Mane or Salah.

"But it looks like Chelsea have gone into the market and they're going to do get something done already."

Ziyech has been sensational for Ajax. Since joining the team in August 2016 in an €11m move from Twente, Hakim has scored 48 goals and provided ridiculous 82 assists in 160 games.

Last term, the Moroccan has won a well-deserved Eredivisie Player of the Year award, led de Godenzonen to a domestic double and reached the Champions League semi-final with the team.

Since the beginning of the 2018/19 campaign, the 26-year-old scored 29 goals and registered 45 assists in 78 games across all competitions for Ajax, including 8 goals and 21 assists in 30 matches this season so far.

I trust in Klopp for whoever he decides to bring in, Klopp will make him a great player. Perhaps in this case, Klopp and LFC have considered the lad but wants someone else who is not obligated to the AFCON mid next season.

At Ajax he’s a star but at Liverpool he’ll be just another player. Chelsea needs him more than us. Good luck to him.

deck5 days ago
Reply to a comment by Abu Nashr

Nope, beg to differ. In Liverpool, by working really hard, he can be one of the stars among them and they all are superstars of the team! 😉

All the Ajax players that left on big money last summer, we never hear much about them. Going to a different league is not always that easy. I'm sure Liverpool must have their reasons for not going for Ziyech.