Tribuna
/
Liverpool
/
News
/
Klopp: LFC are waiting for Norwich as if we 'didn’t play for the last half-year' 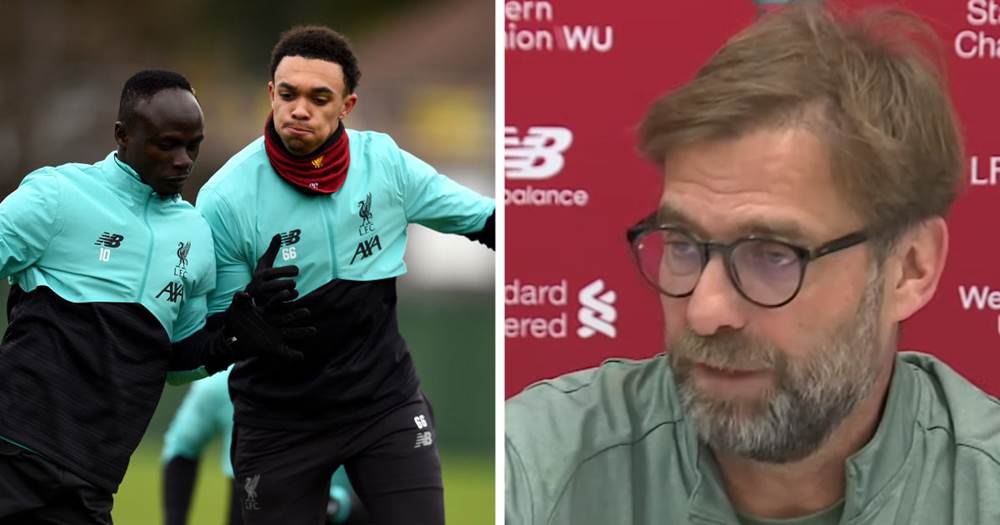 Klopp: LFC are waiting for Norwich as if we 'didn’t play for the last half-year'

Talking to the media ahead of Saturday's clash against Norwich, Jurgen Klopp addressed the team's supposed lack of match fitness. The boss believes that Liverpool are ready for the game because the training sessions were quite intense.

"The dream of a manager is that you have a full week to prepare a game, then you have intensity in training sessions which you usually cannot have – usually the most intense session is the game in training week if you play Saturday, Wednesday and Saturday or Sunday again," he is cited by the club's website.

"The three games are the only intense sessions you have really, the rest is tactical stuff, which is very important but never intense or never at the highest intensity. That’s now exactly the other way around, so we used that week, we trained a lot, we trained hard.

"You lose, not really lose, but you have to find rhythm back – not the rhythm in between games but rhythm for playing football when we started. That was done then and since the quality has been really good in training, that’s how we want to have it.

"You are looking forward to the next game like you didn’t play for the last half-year, so that’s really nice and hopefully we can see that tomorrow."

The Reds' senior squad has been out of competitive action since defeating Southampton 4-0 on February 2. Liverpool were given a major boost ahead of the game against the Canaries: Sadio Mane and James Milner have recovered from injuries and will be available for the clash.

Although Norwich currently sit 20th in the Premier League, Alisson thinks that we should not underestimate Daniel Farke's side.

"We are expecting a tough game," said the goalkeeper. "Every game in the Premier League – no matter if you are top or bottom – always is a difficult game."

No doubt it will be difficult but Liverpool will prevail and come out with the 3 points.

Norwich will have ant relegation fight against us so nobody should underestimate them,hit then sincerely.

we need to score early make it easier for ourselves