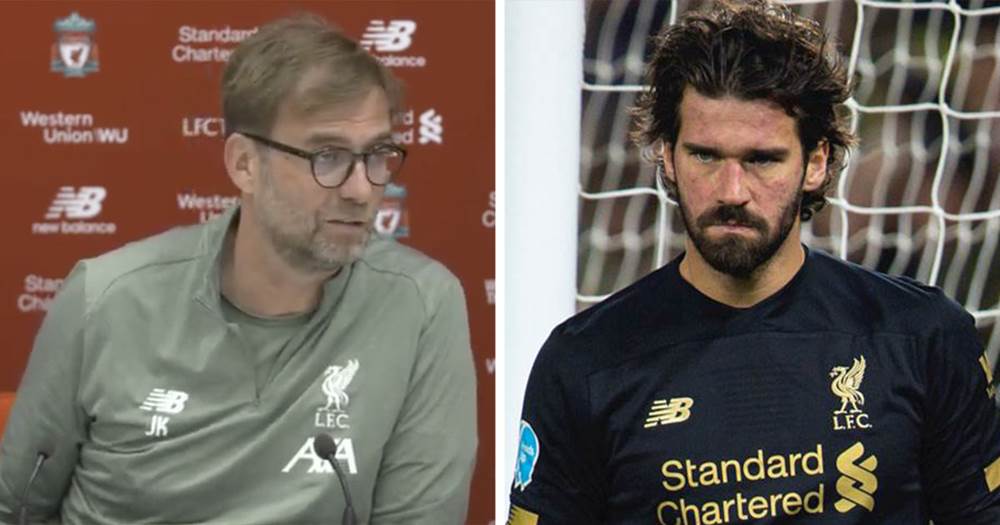 Klopp: Alisson ruled out vs B'mouth and Atletico

Adrian will be our man between the posts against Bournemouth on Saturday as Alisson has been ruled out of the clash with a muscle issue.

"He had a little incident in training before the Chelsea game. We all thought it was nothing and it was clear he would not play anyway, the plan was he was on the bench.

"There, we thought, ‘Come on, we don’t have to take any risks’ so left him out of the squad. [There was a] scan the next day and they found something. So now he is out. We will see next week for sure and then we will see.

[It's a] muscle, slight, in the hip region. A small muscle. You [the reporters] could all do your work still but a professional goalkeeper is slightly different. That’s the situation."

The boss provided a relatively optimistic update on Jordan Henderson's long-awaited return - it appears we could see the captain on the pitch against Atletico Madrid.

"Jordan has a chance [for Atletico] but not for Bournemouth," Klopp added.

Xherdan Shaqiri remains a long-term absentee, on the bright side, Naby Keita has returned to training and will be available for selection.

not ideal.. but Adrian is solid

Please don’t put Adrian in as his replacement.. he makes too many mistakes and the defence have no confidence in him

Dave Wood, absolutely Crap!!!!! he's been Solid when relied on....one mistake that i can remember against Chelsea and let's face it he's the last line of defence so if the defender's did there job's properly he won't be in a position to make mistakes!! also I've seen mane, Salah, Orgie, firminho all miss sitters this season what's the difference?? p.s who are you replacing Adrian with ???

Dave Wood, To be honest it was a freak goal the ball was fizzed and spun like a spinning top, so did you see the world class saves he made in the game? or are you just going to ponder on the negative, I think your more aware than this your posts are really good most of the time.

i believe in Adrian

Hi guys i believe Adrian will do his best