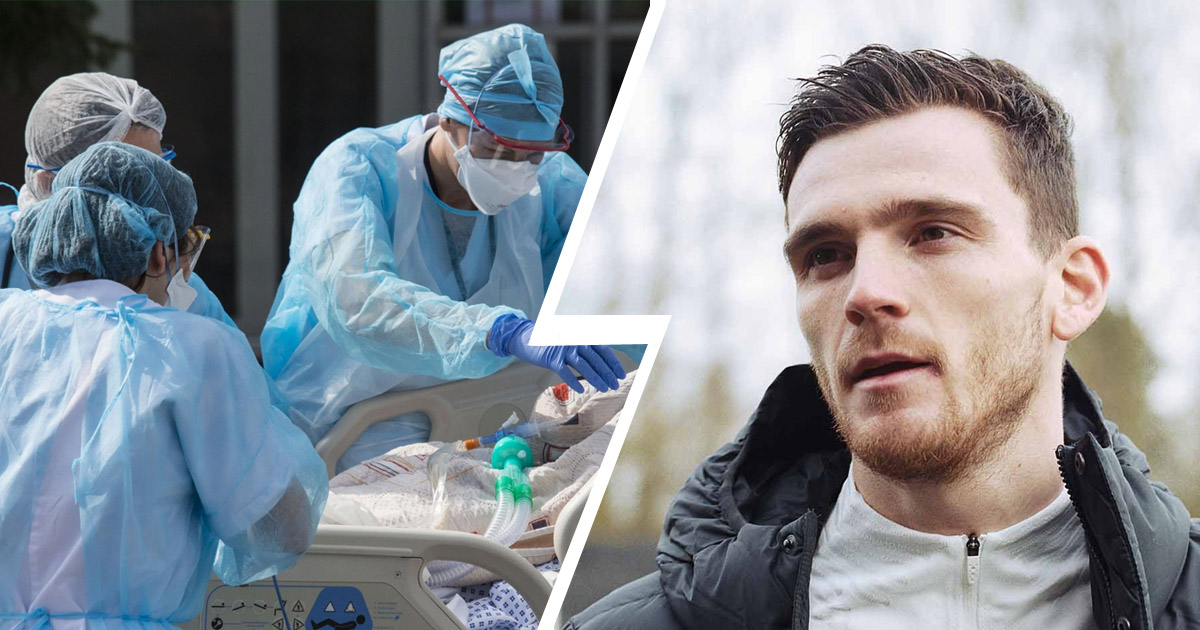 The rapidly spreading disease continues to wreak havoc on the planet but the football world stands united against Covid-19. Here are some of the countless acts of kindness football clubs and personalities made to combat the novel coronavirus in recent days.

The left-back has reportedly supported foodbanks in Scotland with a large sum of money. One of these organisations managed to provide meals for 53,000 people. The 26-year-old saved six foodbanks with his help.

Apart from that, Andrew has donated 'an extremely generous amount of money' to a Scottish NGO that provides mental health support and attempts to prevent suicides. Due to the anxiety over the coronavirus, the charity was 'in an really tough position'.

Manchester City manager Pep Guardiola has donated €1m to help in the fight against the outbreak of Covid-19.

BBC Sport reporter Simon Stone broke the news via a post on his Twitter page in which he revealed that Guardiola will also be at a campaign being promoted by the Medical College of Barca.

Barcelona superstar Lionel Messi has joined the fight against the coronavirus outbreak.

The Argentine has made a donation of €1m to assist in the ongoing battle against the threatening health crisis. The fund is meant to sponsor the purchases of sanitary material.

The money won't be limited to the Hospital Clinic in Barcelona. Some parts of it will be split between hospitals in his native Argentina.

The Bayern Munich duo also donated €1m for those in need of help amid the pandemic.

"We can only beat the coronavirus as a team. With #WeKickCorona, we want to help those all over Germany, who help others. We are well aware of the fact that our commitment can only make a small contribution," Goretzka said.

"Everyone can help, on a small as well as a large scale. Only if we as a society stand together now, show reason and responsibility and are there for each other will we make it out of this crisis. No matter whether with deeds, gestures or financial means - every single help is worth its weight in gold in these times," Kimmich added.

The Juventus forward and his representative Jorge Mendes donated lifesaving equipment to Portuguese hospitals as the deadly virus continues to affect their homeland.

The Manchester clubs donated a combined £100,000 to local food banks to help them meet increased demand as a result of the coronavirus spread in the UK.

The Parisian giants have given money to Secours Populaire Francais, a French NGO that will use the funds to deliver food parcels to the elderly, feed homeless people, train volunteers and buy equipment for doctors.

The Gunners, who were the first Premier League team hit by the disease as their manager Mikel Arteta contracted the coronavirus, have donated £100,000 to London charities that help vulnerable people.

They have also made their Community initiative cars available to NHS workers and for supplies distribution.