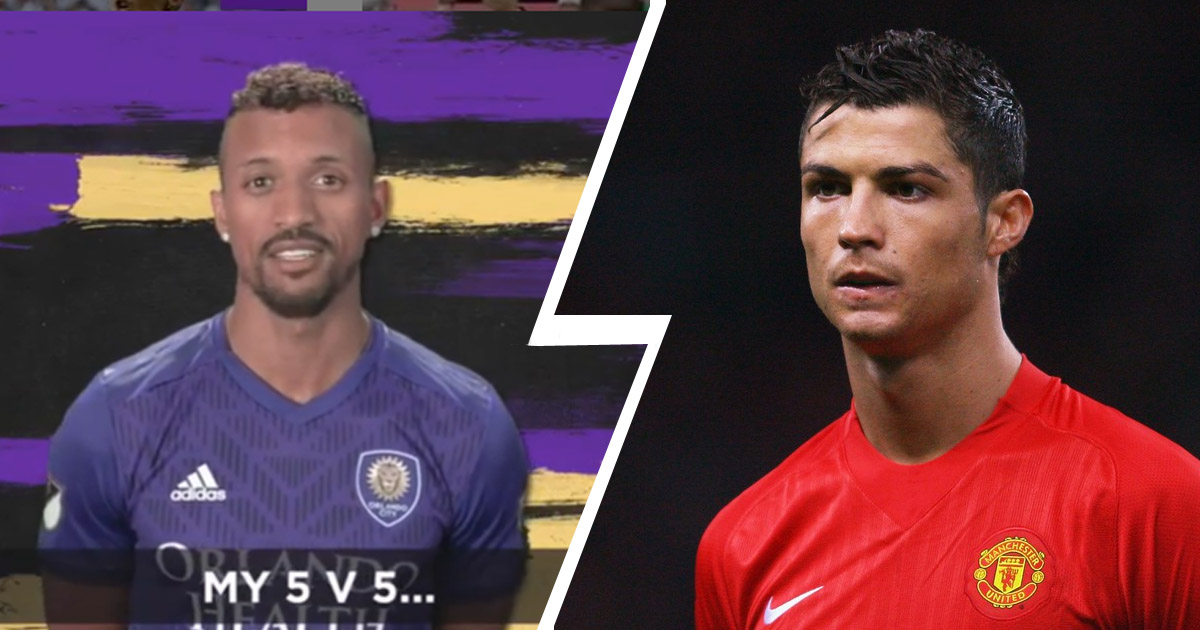 Cristiano Ronaldo 'learned a lot' from Nani during their time at Man United, the Orlando City winger has claimed while naming his dream five-a-side team.

"Cristiano Ronaldo with all these skills, the fast feet, he learned a lot from me in the youth. He knows, he knows," the 33-year-old said on the Major League Soccer official Instagram account.

Nani, who played alongside some greats during his seven-year career at Old Trafford, went on to include two more United players in his dream-team.

"David de Gea is in goal, a very good player and one of the best in the world but he must bring his glasses with him because he can't see anything without them," he added.

Before adding his fellow former Portugal internationals Deco and Bruno Alves, the winger included arguably the best United's midfielder of the Sir Alex Ferguson era to his best V.

I have alot of Portuguese friends from Lisbon.. Apparently Nani was the man back home and had higher expectations than Ronaldo.. But thats football.. Hard work beats talent all day 🤔

Nani on his day was brill! But sadly he had more average days than good.

CR7 always had advantages from speed to height and power in the air! Then there's that thing called determination. He didn't want to be a great player his mission was to be the best