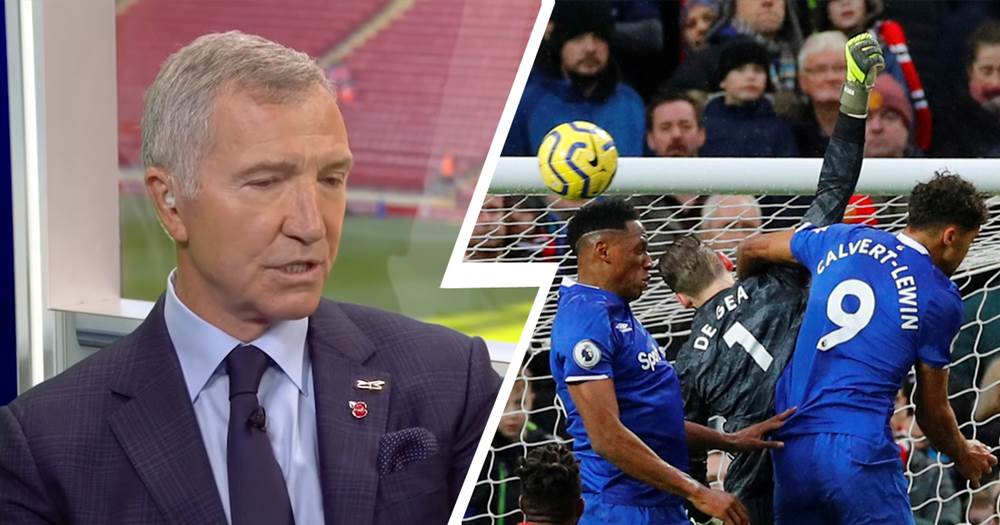 'It's obviously a foul but...': Souness gives controversial verdict on De Gea vs Everton incident

Graeme Souness has put blame on David de Gea for Everton's goal in the 1-1 draw at Old Trafford on Sunday. Even though Dominic Calvert-Lewin obviously fouled the Spaniard in the build-up to Victor Lindelof's own goal, De Gea should've been 'more solid' in that incident, insists the Liverpool legend.

"It's obviously a foul but the goalkeeper has to have a closer look at himself, he doesn’t come with any conviction," he said on Sky Sports.

"I think there’s a real argument for it not to be allowed but if I am in charge of that United team, you have got to expect a challenge.

"I’m blaming the goalkeeper if he is more solid in his effort to punch it, he comes out and clears Calvert-Lewin and it doesn’t go into the back of the net."

After a corner from Leighton Baines in the 36th minute of the encounter, Calvert-Lewin hit De Gea in the face with his elbow. The Premier League deemed it a 'normal contact'.

When Sky Sports presenter David Jones told Souness Prem's reasoning for ruling the goal to be legal, Graeme replied: "Calvert-Lewin has got his arm on his face... how is that normal contact?"

Harry Maguire on Everton game: 'We deserved 3 points. We dominated it for large parts'
11
16
11 months ago
David de Gea questions refereeing decision in Everon game with a simple message
18
45
11 months ago

it's a foul so how much more forceful should you be? it's a clear foul ! I refuse to blame david de gea he came for the ball and was impeded end of story !

English referees and VAR monitoring group are nothing but disgrace and complete shamble. I'm not a fan of Premier league referees and I've never been and i will be. They're not good enough that's why they're not popular when it comes to officiating international football matches they're disgrace and incompetent. If the referee can't see that foul why those fucking so called VAR controller can't see that foul. They're ruining our beautiful game, sack them!!!!!!!!

Exactly, that is why they are rated so low Internationally through the years despite the EFA being among the most influential governing bodies. English refs just can’t seem to get it right

the ref has to go to the monitor himself. if not scrap it from our league, Im fed up of it