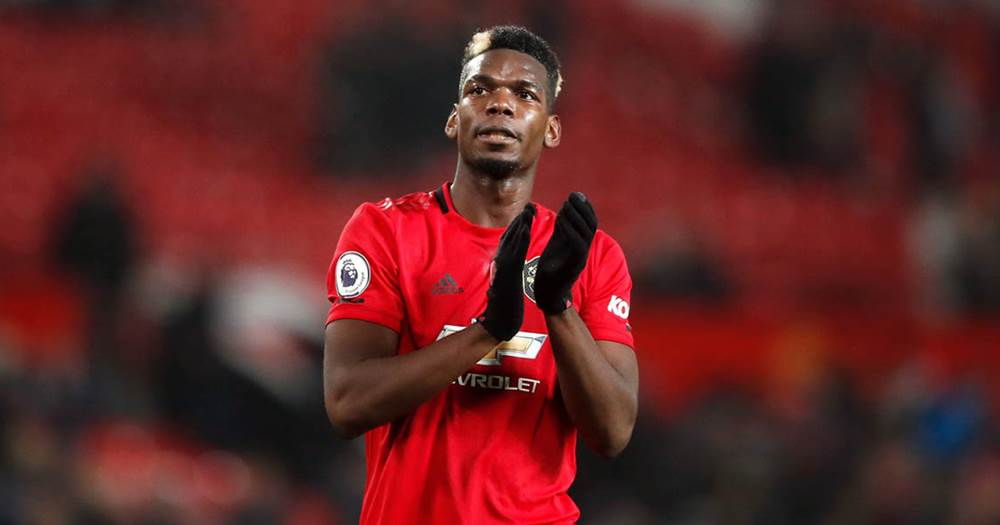 Real Madrid bosses have never quite understood Zinedine Zidane's 'obsession' with Paul Pogba and the coach's desire to sign the Frenchman, considering that the player would be very expensive for the La Liga giants.

Madrid's intention to stay away from the Man United midfielder has only grown since the start of the season and the emergence of Fede Valverde.

According to Saturday's edition of Diario AS, the Frenchman is no longer a priority for Madrid chiefs who were ready to bet on Valverde since 2015.

Zidane, who wanted Pogba as a player with a unique set of skills no one else possesses - a technically and physically strong box-to-box midfielder, said no to all the alternatives like Christian Eriksen or Donny van der Beek this summer.

Since the season's start, Valverde has made 18 appearances, scoring two, setting up another two goals and apparently winning Zidane's trust.

As for Pogba, in the light of Madrid's refusal to sign the Frenchman, his agent Mino Raiola announced that Pogba is committed to United and wants to continue his career at Old Trafford. Ole Gunnar Solskjaer also recently ruled out the possibility of the 26-year-old leaving the club in January.

United reportedly ready to sell Pogba to Madrid for either £160m or £85m plus Vinicius
26
29
Pogba, De Gea, Zlatan and others: ranking United's 8 best signings of the decade
21
16
Raiola on Pogba's future: 'I go by what Solskjaer says, he will not move'
28
42

Well, this nonsense topic keep coming back to us. The fact of the matter is that Manchester United football club was never interested in selling Pogba to Real Madrid i believed that it wasn't going to happen due to Ed Woodward firm position. Besides, Real Madrid is no more consider to be the richest club in the world they've gone bankrupt and they can afford to pay the asking price. Instead of developing their young players they were only interested in lavishing ridiculous huge sums of money on players during every transfer window and that's no more. Fuck them, we have more money than them and they're even struggling to fill their own stadium with lot of empty seats everywhere.

Kagiso Mautlana
•••
Reply to a comment by Zainab Doumbouya

let's hope boldies obsession love affair gets him the sack to put an end to this B.S. circus he has caused unbelievable disruption and instability with our squad and fans. RM need to be fined by did a for this horseshit make it a 150m fine the sum it may have taken to sell PP