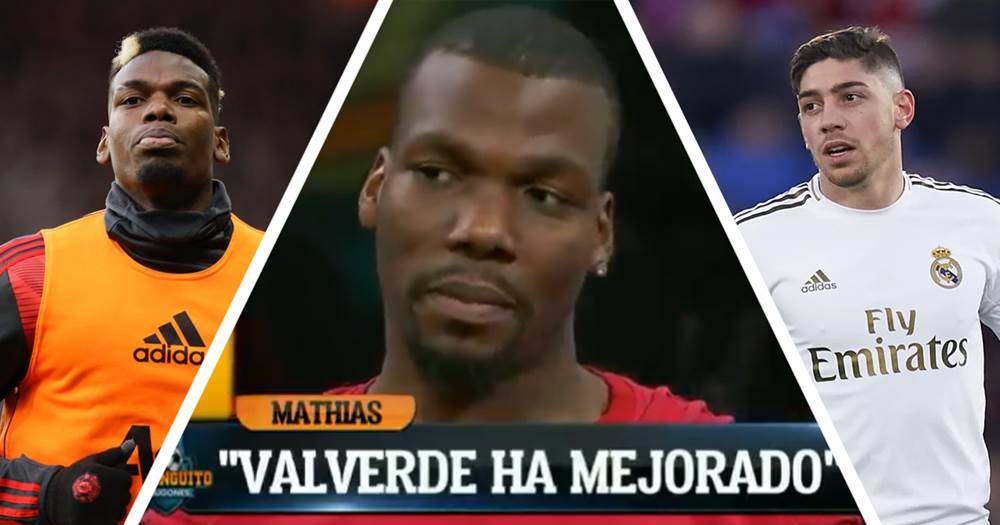 Paul Pogba could still leave Man United for Real Madrid despite the emergence of Federico Valverde. That's according to the Frenchman's brother Mathias who believes that both midfielders can play together at the Santiago Bernabeu.

He told Spanish TV channel El Chiringuito: “No, he [Valverde] can help him [Pogba], but he can’t compete with him. I don’t think so.

“Can the two play together? Yes.”

The La Liga giants are believed to have abandoned the idea of signing the Red Devils ace due to the emergence of Valverde (Diario AS).

Paul, in turn, is expected to leave Old Trafford in the summer with Madrid and Juventus as long-standing suitors. (Sky Sports).

When asked about his club's interest in Pogba last week, Madrid president Florentino Perez replied: "I don't know a player with that name."

The World Cup winner is currently sidelined after undergoing surgery on his ankle last week. He's expected to return to action until the end of January.

'#NoExcuses': Pogba doing gym work two days after surgery
32
63
9 months ago
'There's a load of baggage around him': Steve McManaman believes Pogba is going nowhere
25
14
9 months ago
'He could be an absolute United legend': Pogba told to stay at Old Trafford amid summer exit links
24
15
9 months ago
Operation Panitas! Three Juventus players reportedly try to lure Paul Pogba back to Turin
23
18
9 months ago
'Maybe Ferguson didn’t like it but Pogba returned': Mino Raiola speaks of Paul Pogba's future and injury comeback
17
50
9 months ago

His brother needs to shut up can carry on playing lower league soccer.

He doesn’t even pitch up for practice

Dick head of a brother speaks out again, the funny thing is I don’t even think Madrid wants him, if they are getting van beek 🤷🏾‍♀️

Probably he is another problematic player in his club. No brainer. 🤣🤣🤣