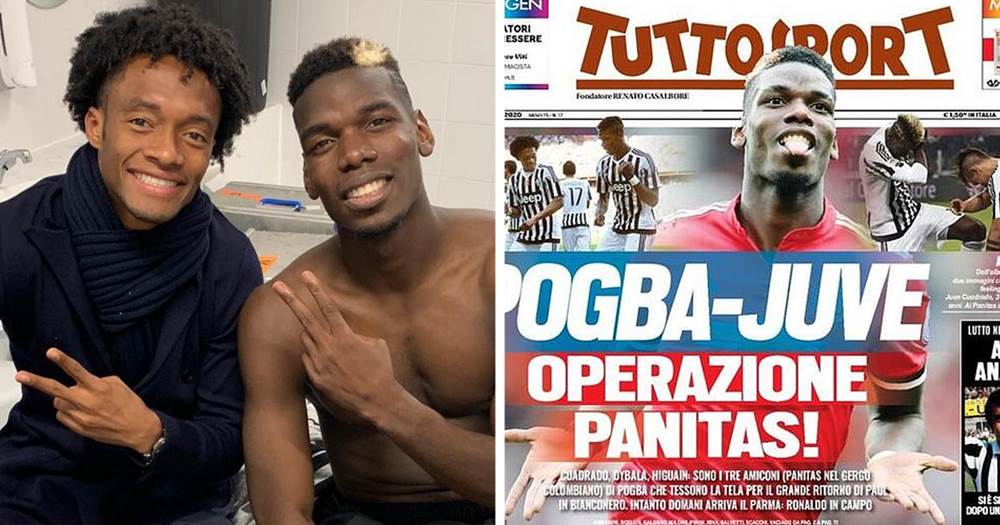 According to Tuttosport, as many as three Juventus players are trying to lure Paul Pogba back to Turin.

Juan Cuadrado, Paulo Dybala and Gonzalo Higuain have remained in close relationship with the United midfielder after his comeback to Old Trafford in 2016. Their friendship group reportedly nicknamed the 'Panitas'.

The 'Panita' nickname indicates a person who always prepared to help his friends. Its second meaning is a mischievous person. The nickname reportedly was introduced by Cuadrado.

The Turin-based outlet believe that the trio could be a key to Pogba's return to Juventus.

The Frenchman won four Serie A titles with the Bianconeri between 2012 and 2016. He remains heavily linked with both Juve and Real Madrid. The 26-year-old is likely to leave Old Trafford in the summer (Sky Sports).

Pogba's brother refuses to rule out Paul's move to Madrid despite emergence of Fede Valverde
21
29
10 months ago
'He could be an absolute United legend': Pogba told to stay at Old Trafford amid summer exit links
24
15
10 months ago
Giggs names two potential replacements for Pogba
22
48
10 months ago

Men i dont think Juve a that stupid... Anyway thanks to this App once again for a false News.

mark shoo, hi! I really hope it's false, by the way, but we can't ignore what they write in a Turin-based newspaper, sorry

i dont think you need to blame this app for gathering united news from other platforms though. you can always just uninstall rather than blaming. false or not, it's the turin newspaper that wrote em, not the app. just saying.