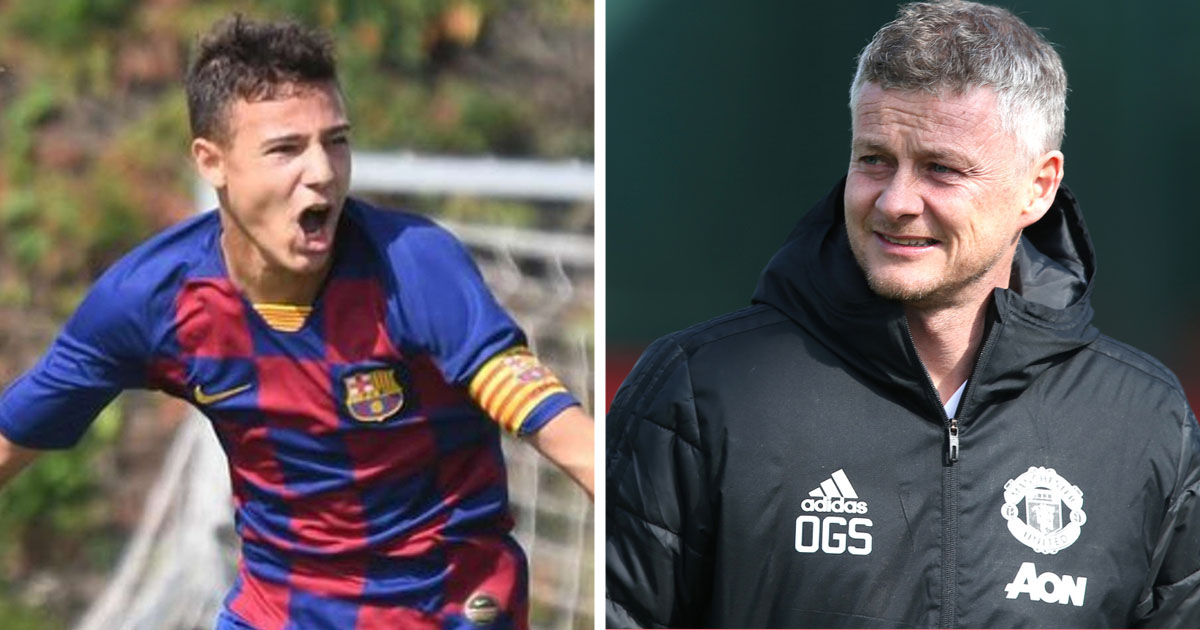 Man United’s quest to strengthen our young core just keeps on moving forward as the Red Devils are now said to be closing in on another impressive young talent.

According to ESPN, Barcelona youngster, Marc Jurado is all set to join the club after rejecting a contract handed to him by the La Liga side.

The report suggests that the 16-year-old right-back had been handed a deal that would’ve seen him earn €60,000 annually in the first year, which would’ve risen to €100,000 by the third year of his contract. Moreover, he also would’ve received a €200,000 bonus had he qualified to play for Barcelona’s “B” side.

However, the teenager has instead accepted to join the Red Devils after not being happy enough with Barca’s offer, leaving the Spaniards fuming. The La Masia product will probably be signed for a compensation fee of under €200,000 in the summer.

With youth football being finished for the majority of Europe, young players are making decisions on their future. United are also reportedly set to sign 16-year-old striker Joe Hugill from Sunderland, adding more firepower to our junior side’s attack.

However, Jurado’s signing is especially interesting after the Red Devils were said to be looking for offers to sell Diogo Dalot next season. The Spaniard has been a mainstay for Barca’s U-16 side for a while and proven himself an exciting prospect with his attacking threat.

What are your thoughts on United signing another youngster, Reds? Let us know in the comments or on our blog platform.

Aerial threat, technically gifted and more big facts: Hugill to United explained in 6 sentences
24
7
2 months ago
'This is bigger than football': Marcus Rashford reaches out to Man United's youngsters after Academy season is cancelled
22
1
2 months ago

How does signing a 16 year old affect selling Dalot? you don't sell your only backup right back because you signed a 16yr old.

coz the 16year old is better than dalot. in ole i trust

John Stirrup, is that a slight to Dalot or are you saying you have heard of this kid before and he is a future superstar? Trusting in Ole doesn't mean you blindly agree with everything he does. If he sells Dalot without a replacement that would be a poor decision. I trusted Sir Alex but didn't agree with every move he made because even he made mistakes. It was rare but it did happen

Benjamin Clark ,no it's not a dig at dalot. I lived in Barcelona for five years and watch him play in the academy .he could play at right back for United straight away. even at 16 years old. I personally think having seen him play he is better than dalot. as far as you're comment regarding trust. I didn't mention anything other than I trust ole too win serious trophies again that's all that matters. every person on the planet makes mistakes in one way or another. that don't matter. as long as you win.

this boy is better than dalot

shrek
2 months ago
•••
Reply to a comment by Yusufu Kiero

Dalot. is a quality fullback so why sell him wen hes just starting to get regular game time just dont make sense