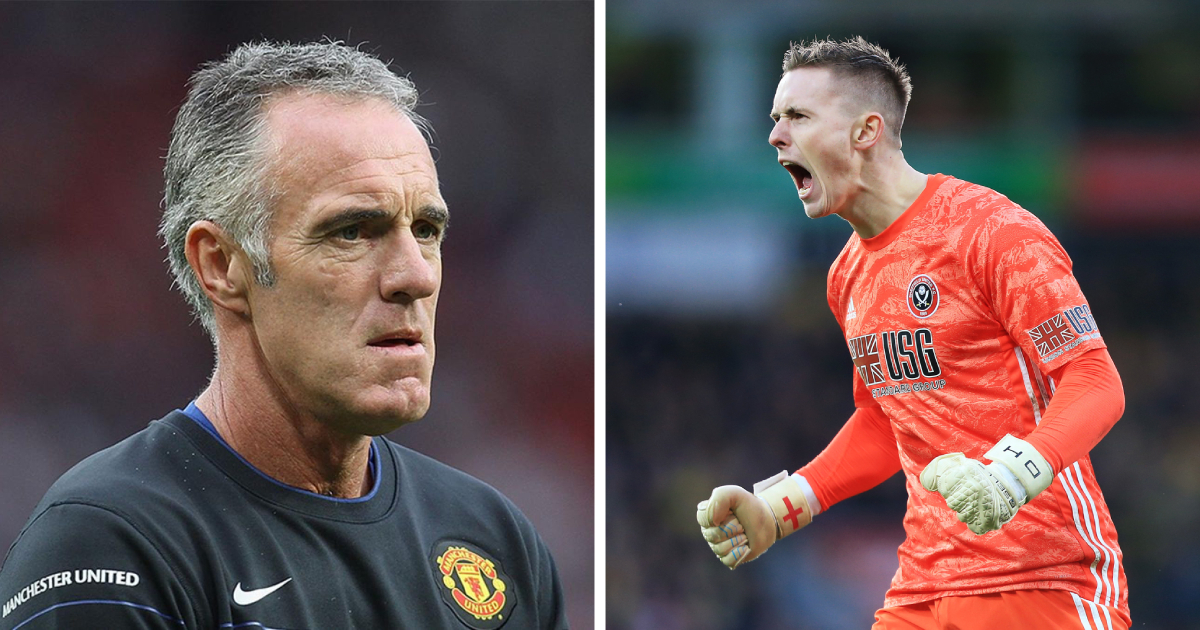 Ex-Man United goalkeeping coach Eric Steele: 'Henderson will expect to make the Old Trafford no.1 jersey his own'

Eric Steele has backed Dean Henderson and David De Gea to compete for the Manchester United's no.1 shirt next season.

Speaking to iNews, the former Old Trafford goalkeeping coach said: "Knowing Dean Henderson as I do, he will expect to walk into that Old Trafford dressing room and make the No.1 jersey his own, now.

"I signed him at 14 and stayed close to him - he has a great attitude. David will have known there was always going to be a young pretender to come and challenge him and that is what Dean will do.

“It will not faze David. You do not get to where David de Gea is today without overcoming obstacles. When United are back in the Champions League, you can have a 65-game season. Nobody can play every game."

The Red Devils have an important decision to make regarding Henderson's future, according to a recent report in the The Sun.

The club must now decide between recalling him from his loan spell at Sheffield United on June 30 or allowing him to stay at the Bramall Lane for the remainder of the 2019/20 season.

Meanwhile, Blades' manager Chris Wilder has claimed that Man United must do the 'morally correct' thing and allow the 23-year-old shot-stopper to finish the Premier League campaign at Sheffield Utd.

Who should be United's no.1 next season? Share your thoughts on our new blogging platform!

Dean Henderson wins BBC’s Premier League Signing of the Season with 25 per cent of the vote
42
17
19 days ago
‘The Ford Fiesta ain’t going past the Ferrari’: Chris Wilder explains why it’d be morally wrong for United to recall Henderson
26
3
19 days ago

I think we've 3 really good keepers to pick from, I wouldn't rule Romero out, he's been out standing when called upon, think I can only Romero making 1 mistake the whole time he's been here and he's Argentina's number one keeper, it's a headache to have, but a good headache

De Gea will be hoping he can get back to the standards he set about 3 seasons ago where he was by far the best keeper in the world. Henderson is only going to get better so De Gea needs to be 100% focused if he is to retain the no 1 shirt.

Good player but he can't wait to become no1. Henderson just expect united to down grade Degea to give him straight away no 1. But Henderson too soon to be no1 at united. We are too huge for him and too early