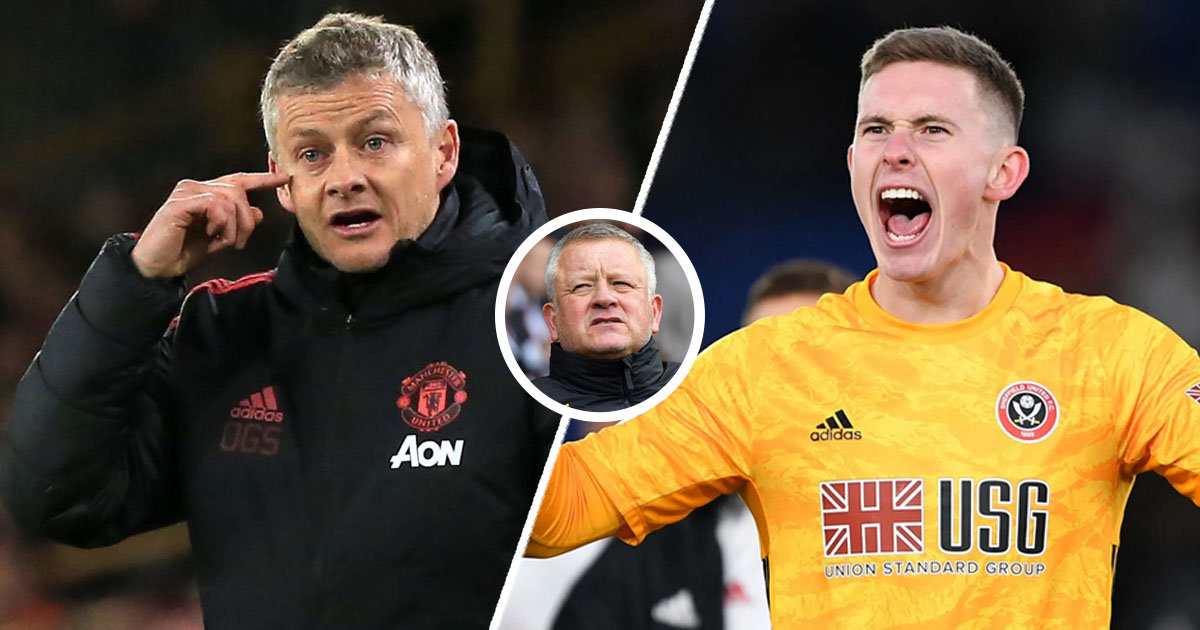 ‘The Ford Fiesta ain’t going past the Ferrari’: Chris Wilder explains why it’d be morally wrong for United to recall Henderson

Sheffield United manager Dean Wilder has urged Man United to extend Dean Henderson’s loan spell at the club, with the season almost guaranteed to be extended.

He is quoted by the Daily Star saying: “It’d be morally correct to leave him playing at Sheffield United for the last ten games of the season.

“Although we all know that because of the legalities and the situation regarding expiry of loans, United might take that decision.

“But we’re not a threat to Man U so I’m sure they’ll be quite happy with the players that they’ve got to see them through the season. The Ford Fiesta ain’t going to get past the Ferrari!”

United have the right to recall Henderson in July if they want to, meaning he probably won’t be able to finish the campaign with Sheffield, who are competing with United for the top-four spot this season.

The loanee has had an excellent spell with the Blades, keeping 10 clean sheets and only conceding 22 goals in 27 appearances in his breakthrough campaign in the Premier League.

Should United extend Henderson’s loan with Sheffield till the end of the season? Let us know in the comments or on our blog platform.

ESPN: Man United to resist bids for Dean Henderson amidst interest from Chelsea and Juventus
27
11
26 days ago
'He wants to be Man United's No.1, I don't think he's too far from that': Sheffield Utd ace John Fleck on Dean Henderson
28
15
21 day ago

I think United will allow Henderson to stay at Sheffield,we proved our morals & have shown our class throughout this crisis.We didn't ask the government,unlike certain other clubs!

loan him to a bigger club like juventus.. there he will face with more pressure and scrutiny.. this will help him to develop once he come bk to man utd and dealing with d pressure for being d keeper of the biggest club in the world..

it's not moral he needs to come back and play some games for the club he needs to prove his worth if can stand the pressure if he can. they may sell de_gae if he doesn't then United can sell him and keep de gea its called insurance.