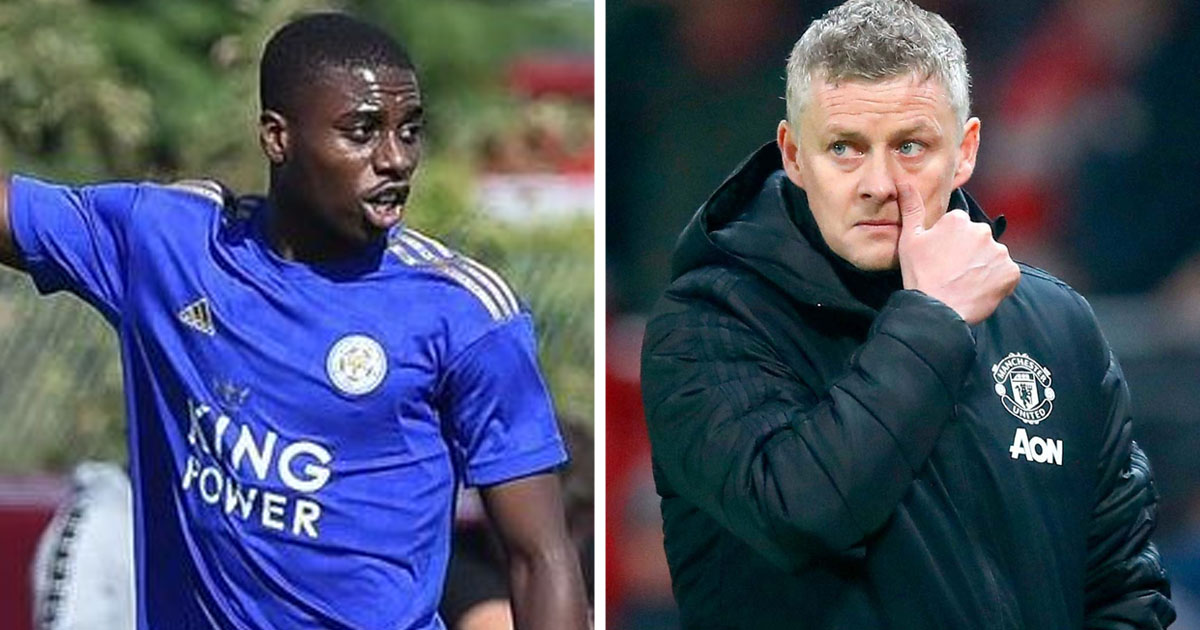 Man United seem to be determined to build a strong young core for the future and reportedly have their sights set on yet another teenage sensation.

According to Football Insider – who are known to have some sources inside various clubs – the Red Devils have joined the race to sign right-back Dennis Gyamfi from Leicester City after he become a free agent next month.

The report quotes a United source to have stated that the club are aware of Gyamfi becoming a free agent and that his future is likely sorted in the next few weeks.

However, Arsenal have also set their sights on the young right-back who has impressed for Leicester’s youth teams in the recent past. Moreover, Feyenoord and a host of German clubs are also said to be interested.

United did recently manage to convince Barcelona youngster Marc Jurado to sign for them. However, they really seem obsessed with stocking up the right-back spot with their chase for Gyamfi.

The Dutch right-back has made more than 11 appearances in various youth level competitions for Leicester this season. Gyamfi is an extremely mobile defender, rarely allowing wingers to get past him and quite adventurous in the attacking front as well.

However, with Ethan Laird coming through the system for us as well as Aaron Wan-Bissaka, Diogo Dalot and Timothy Fosu-Mensah creating enough options at right-back, it’s unclear why we are even bothering signing the Leicester defender.

It's called building a squad. Calm down.

So what's happening to Wan Bisaka? he is young and does a great job so far, his by far United 's RB we've had since joining us