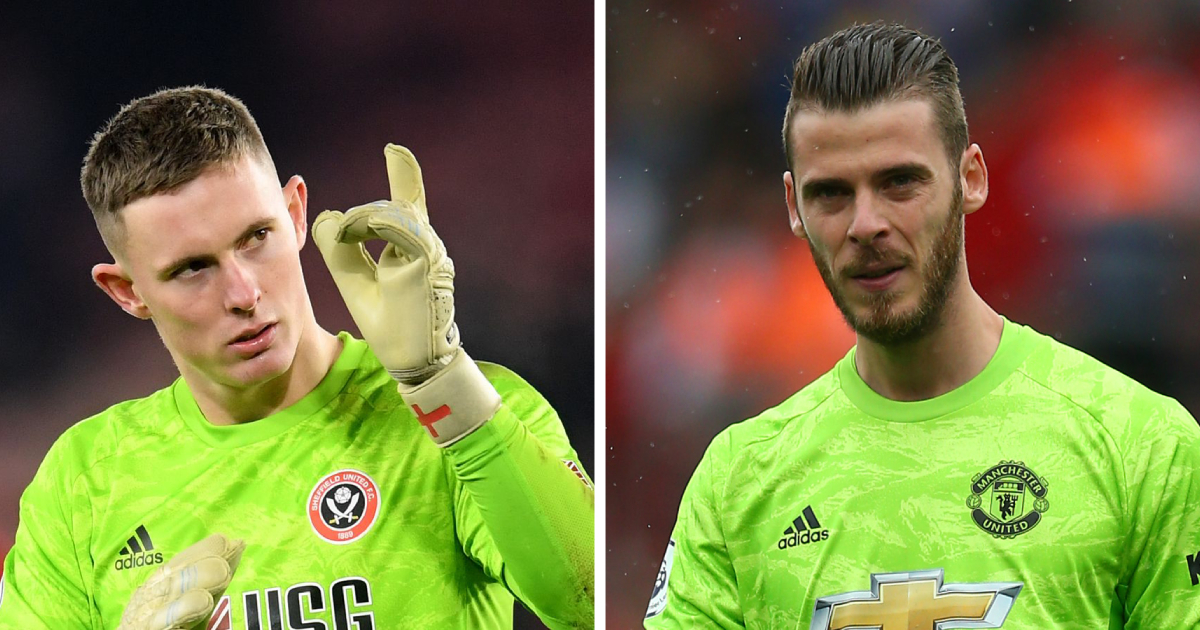 Aurelio Capaldi is confident that Dean Henderson has what it takes to replace David De Gea as Manchester United's first-choice goalkeeper.

Speaking on the Transfer Window podcast, the European football expert said: "Yes, I think Henderson is ready to play for Man United.

"I think it's time for a change and I think that Henderson is ready for a big move like that [next season]."

De Gea has endured an error-ridden campaign at Old Trafford while Henderson has established himself among the best goalkeepers in the Premier League at Sheffield United.

Last week, the Englishman was named BBC Sports's Signing of the Season after winning a whopping 25 per cent of the fan vote.

Who should be United's no.1 next season? Share your thoughts on our new blogging platform!

Man United show 'no indication' of refusing to extend Dean Henderson's loan with Sheffield United
19
1
18 days ago
Revealed: Why De Gea wasn’t handed the United captaincy ahead of Maguire
17
22
17 days ago

how can anyone from Europe know the ins and outs of Henderson and weather he can play for United. we don't know at United cause he hasn't tried yet and what's more dea gea is the no1 at old Trafford and he's proven. yes he's made mistakes. but he isn't a robot. i have a memory good enough to remember his heroics for United over the last 5years Give him the respect he deserves. Henderson needs two or so more loan deals at least at preferably a top club. he's got no pressure at Sheffield. nothing other than wanting to stay up. at United he as a giant magnified glass on him watching every game. and I'm not sure he can cope with that. it's no good for him to see if he can cut it at United because we need to be challenging for the top he could lose us a lot of points while we try him. THAT IS WHY HE NEEDS TO PLAY FOR A TOP CLUB. even if it means going to Europe to find out David dea gea is proven he's won premier league's with United. and we have a good defence now which we haven't had since sir Alex retired. cause Ferdinand. Vidic and evra left at the same time as sir Alex on top of that van gaul got rid of Rafael. Evan's and Michael Kean. leave David alone and give him respect

Given the mistakes DDG makes nowadays, I highly doubt that with Henderson's passion for the club, would lead to more golas. I would give him the no.1 shirt with no hesitation

is a good keeper.. kind of pickford style but better then him. de gea just have to teach dean some great saves..