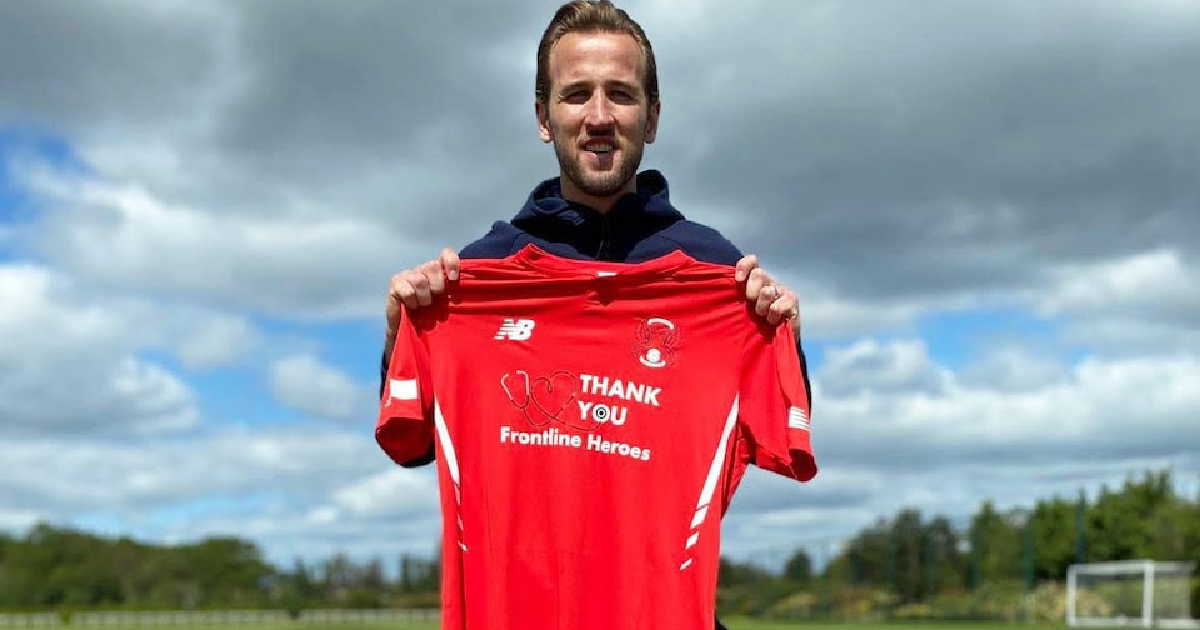 Tottenham Hotspur striker Harry Kane has emerged as a knight in shining armour for his former club Leyton Orient, reports The Telegraph.

The Englishman, who has been linked with joining Manchester United, acquired approval from the Premier League, the Football Association and the EFL before going ahead with the initiative. Indeed, this is a first of its kind approach by a player.

The ongoing coronavirus pandemic has affected economies across the world and football clubs - especially smaller ones - have been hit hard.

Orient's new home shirt will have text on the front that thanks the frontline workers and will also raise money for the local NHS trust. The second and third shirts, meanwhile, will provide funds for Haven House and Mind charities respectively.

Additionally, 10 per cent of each shirt sale will be donated to these charities.

The report adds that financial details have not been divulged but normally, shirt deals in the League Two range between £50,000 and £100,000 approximately.

Kane has been a prolific performer in the Premier League and has been linked with joining United as well.

Would you like to see Kane at the club? Tell us in the comments below or on our new blogging platform!

'Harry Kane's head is not in the right place': Dimitar Berbatov urges Tottenham striker to join Man United
26
8
28 days ago
‘You’d be daft not to go for him’: Paul Ince urges United to explore Kane’s availability
20
22
17 days ago

Sure, we would love to see Harry Kane at Old Trafford but NOT at the ridiculous fees being touted. Other Clubs are so used to exploiting Manchester United in the transfer market and it has to stop.