Tribuna
/
Manchester United
/
News
/
‘You talk about the Cantonas, the van Persies… and I'm not comparing him yet’: Ryan Giggs hails Bruno’s impact at giving United squad necessary lift 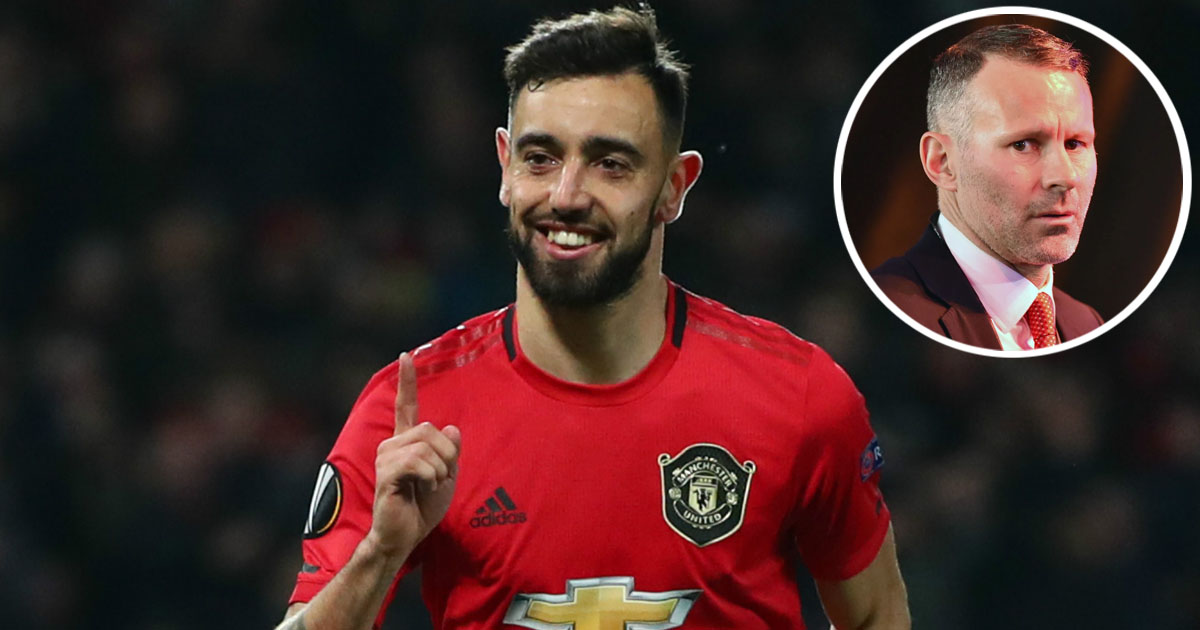 ‘You talk about the Cantonas, the van Persies… and I'm not comparing him yet’: Ryan Giggs hails Bruno’s impact at giving United squad necessary lift

Ryan Giggs has praised the impact made by Bruno Fernandes since arriving at Man United in January.

In the MUTV group chat, he opened up on Bruno’s impact and Ole Gunnar Solskjaer’s impressive transfer record.

He said: “Ole started his management with United flying, then had a tough spell, and then we were on a good run.

“But the players he's got in have been really impressive. They've improved the team and the dressing room and obviously, in Fernandes, we've seen over the years the effect one player can sometimes have.

“You talk about the Cantonas, the van Persies… and I'm not comparing him yet to them but he's made other players play better and he's given everyone a lift.

“I still think we need four or five players but we're definitely going in the right direction.”

Fernandes has definitely been a big influence in turning United’s form around. He’s already proving to be one of our best signings, since Sir Alex Ferguson’s retirement, being a wonder in our midfield.

The Portuguese Magnifico has scored 3 goals and assisted 4 in just 9 games so far. He also won four accolades in just over a month since arriving and been a breath of fresh air for Solskjaer’s side.

Do you think Bruno can become as good as van Persie or Cantona one day? Let us know in the comments or on our blog platform!

Bruno Fernandes shocks coaching staff by improving his pace to 34.27 km/h during lockdown
51
14
10 days ago
Ryan Giggs believes Paul Pogba and Bruno Fernandes are better at taking penalties than he was
28
7
13 days ago

without doubt BRUNO is an amazing player already... just imagine what midfield would look like with pogba as well... SCARY!!!! 👹

I don't agree with Giggs that we need to sign 5 more player's to compete at the top. Man United squad isn't broken or unable they only need to start settling as a group and on how Ole wants them to play as well as gaining confidence and consistency. Buying players doesn't always guarantee you success. I will however commend Ole on his signings and the positive atmosphere he has created around the group, the only thing he needs to start doing is making them believe they can win the league next season rather then spoon feeding them that we are still in transition. Yes we might be but there is no formula in creating your own luck when you are confident.