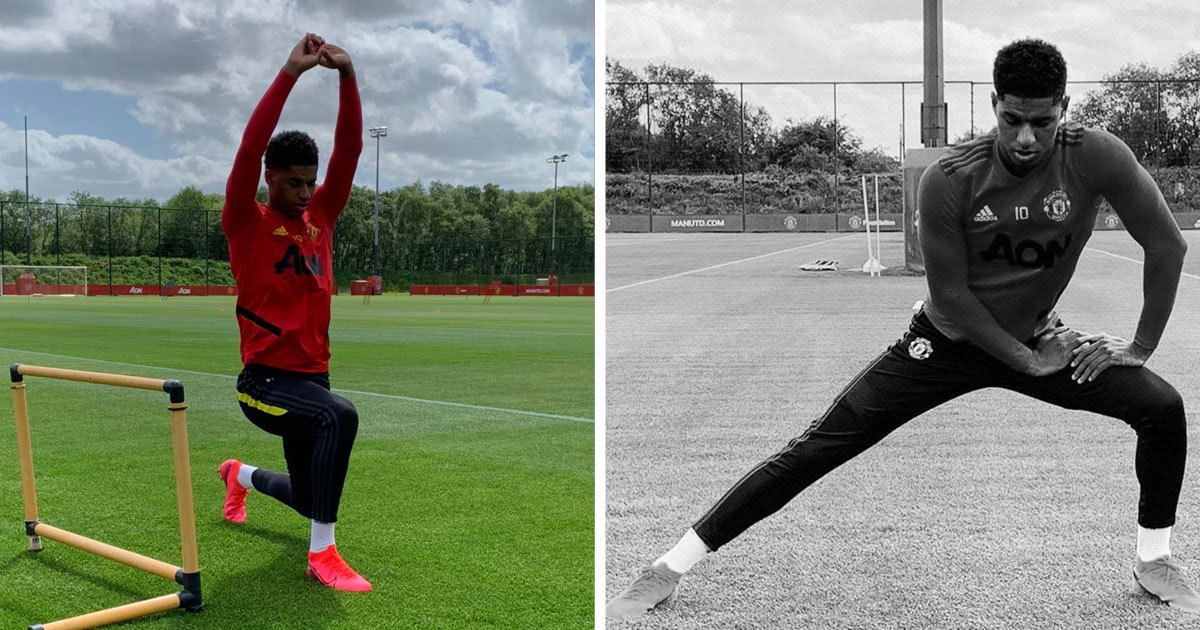 Marcus Rashford is clearly delighted at getting back into first-team training for the first time since getting injured in January.

He took to his Instagram to celebrate the good day, quoting NBA Legend Michael Jordan as well. The Englishman wrote: “What was that MJ said? I’m Back!”

Well, it’s clear that Rashy has been watching The Last Dance on Netflix as well. Ole Gunnar Solskjaer also raved about the show after getting an opportunity to watch it during the lockdown period.

Rashford has been working hard to regain full fitness before the season resumes. He was initially predicted to be potentially out for the rest of the season after picking up a double back stress fracture in January.

However, the season being postponed has actually worked to his advantage as he can now play a part in Man United's final push.

The 22-year-old is the club’s top-scorer this season, having scored 19 goals in all competitions and 14 of them coming in the Premier League.

Welcome back pal, carry on where you left off, will be mufc and England number 1 striker for years to come, mufc forever.