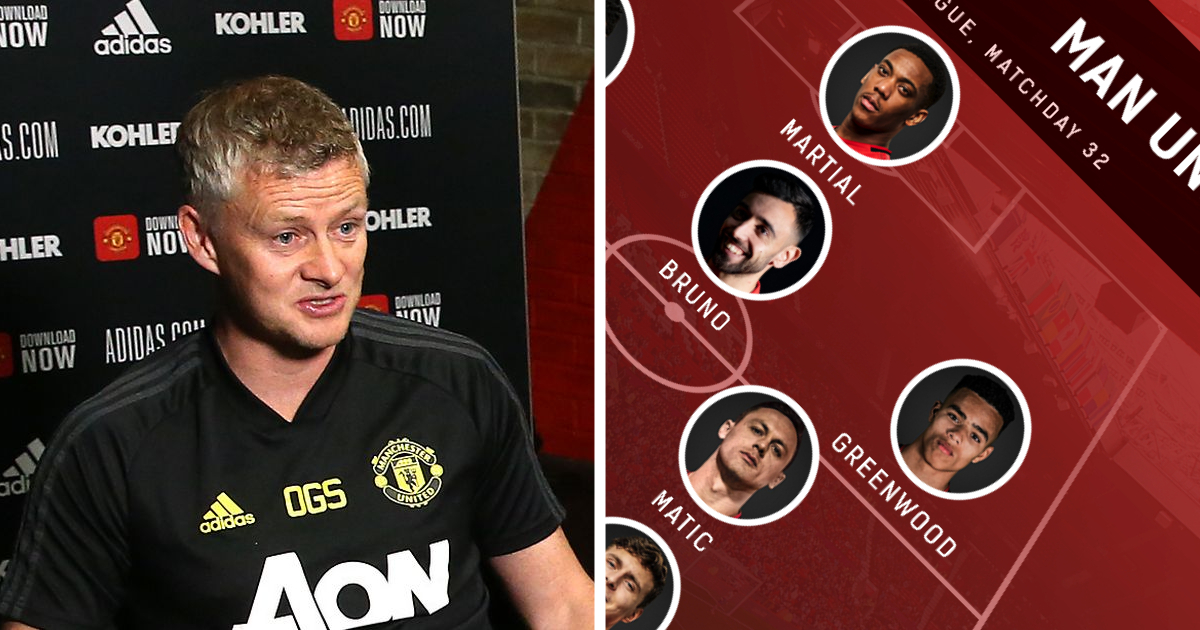 The Red Devils face Graham Potter's side away in the Premier League on Tuesday.

Axel Tuanzebe and Phil Jones are the only absentees as they are yet to recover from injury. As for the rest of the squad, Ole Gunnar Solskjaer has a clean bill of health.

• Brighton's only victories in their 22 fixtures against Manchester United in all competitions have come in each of the last three top-flight home meetings.

• Man United are unbeaten in 14 games in all competitions (won 10, drawn 4), scoring 35 goals and conceding four.

• The Red Devils require 17 points out of a possible 21 in their final seven league fixtures to equal their points total of last season.

• United have kept seven clean sheets in their last 12 Premier League matches - as many as they managed in their first 40 under Ole Gunnar Solskjaer.

• Man Utd have won 4 of their 15 league away fixtures this season. The fewest away matches won by the Red Devils in a league campaign is 5, set in 2010-11.

"Brighton's chances of beating the drop looked bleak at the start of 'Project Restart' with a tough run of games left to play but Graham Potter's side have taken four points from matches against Arsenal and Leicester City. They are now six points clear of the bottom three.

"Man United have lost both of their previous Premier League matches away to Brighton and this could be a potential banana-skin in their pursuit of fourth. The Seagulls have scored in all four previous meetings and are in good form to least make Tuesday's fixture very difficult for Ole Gunnar Solskjaer's men."

"Although Brighton have been difficult to beat of late, United should have too much here. Solskjaer has finally found a winning formula and the club have started to show positive signs for the future.

"It'll be another chance for United fans to observe the Pogba-Fernandes partnership and the Red Devils will edge even closer to a Champions League spot with victory on the south coast."

"Brighton have not made it easy for two other European hopefuls since the restart here and United have not won an away league game against the Seagulls since 1982, so this will not be a walk in the park for the visitors.

"However, they approach the game in good form and, while they went through 120 minutes against Norwich City just three days before this match, we are still expecting them to have enough to come away with another win."

⚽️ Quotes from the manager (via MUTV)

Ole Gunnar Solskjaer: "The players are working really hard and they want to do as well as they can. And, for me, as a team, we're trying to implement our ideas. I think you can talk about 14 games [unbeaten] but we're just looking at the next one. And, of course, as long as you go into the next game knowing that you won the previous one, that is a good place to be in."