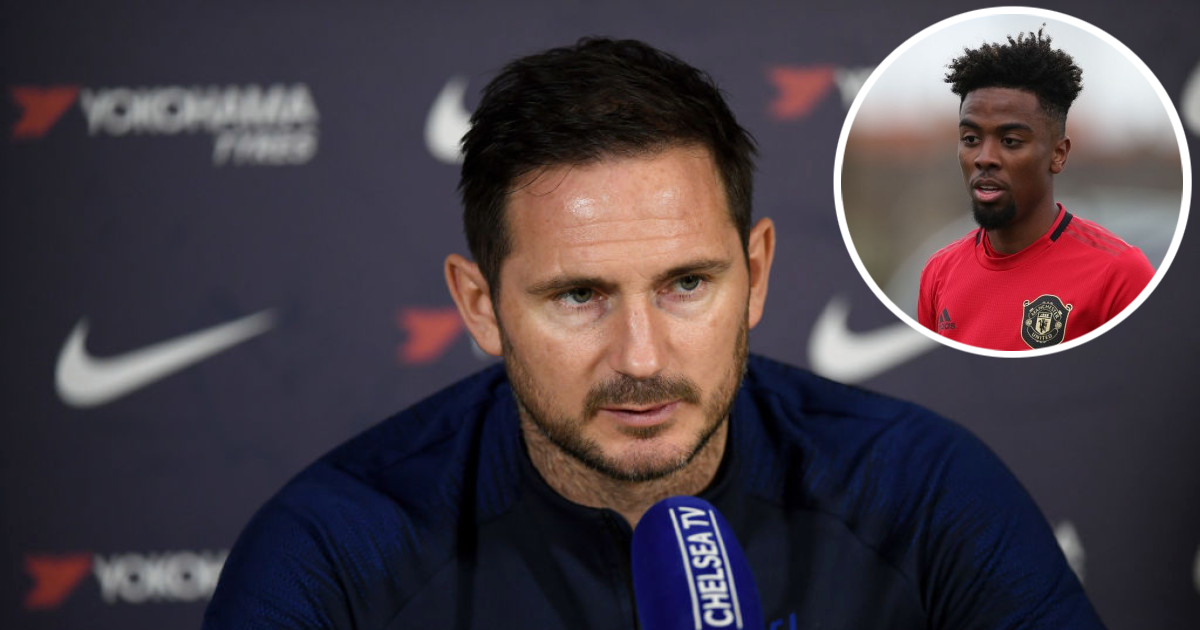 'It's never been mentioned on my end': Frank Lampard plays down Angel Gomes links

Frank Lampard has rubbished the reports suggesting that Chelsea have made a contract offer to wantaway Angel Gomes.

Speaking to the media on Wednesday, the Blues' boss said: "I can elaborate to the point that it's never been mentioned on my end. That's it.

"I keep saying, about every player we'll be asked about. Until these [Premier League] games and this season is finished, there's nothing to say."

Gomes' Manchester United contract expires on June 30 and the Englishman has reportedly turned down a £30,000-a-week deal to stay at Old Trafford.

It's been suggested that Chelsea are ready to capitalise on the winger's contract stalemate as Lampard's side look to sign the talented attacker on a free transfer.

Should Man United offer Gomes a better contract? Share your thoughts on our new blogging platform!

The Telegraph: Gomes to consider offers from all over Europe, Premier League stay remains possibility
23
15
7 days ago
'We are all begging you to stay': United fans unhappy about Angel Gomes' exit
42
36
8 days ago

I’d like to see him stay and I don’t think he got enough playing time?just my opinion. Ole and the coaches also do monitor this guy in training and if they thought he was good enough to budge another player out, he would be playing more? I say stay and earn your £30k per week and prove yourself for a more lucrative contract?