Tribuna
/
Manchester United
/
News
/
'Nobody talks much about him. But he has dynamic': Van de Beek in quotes from Pochettino and 2 Ajax teammates 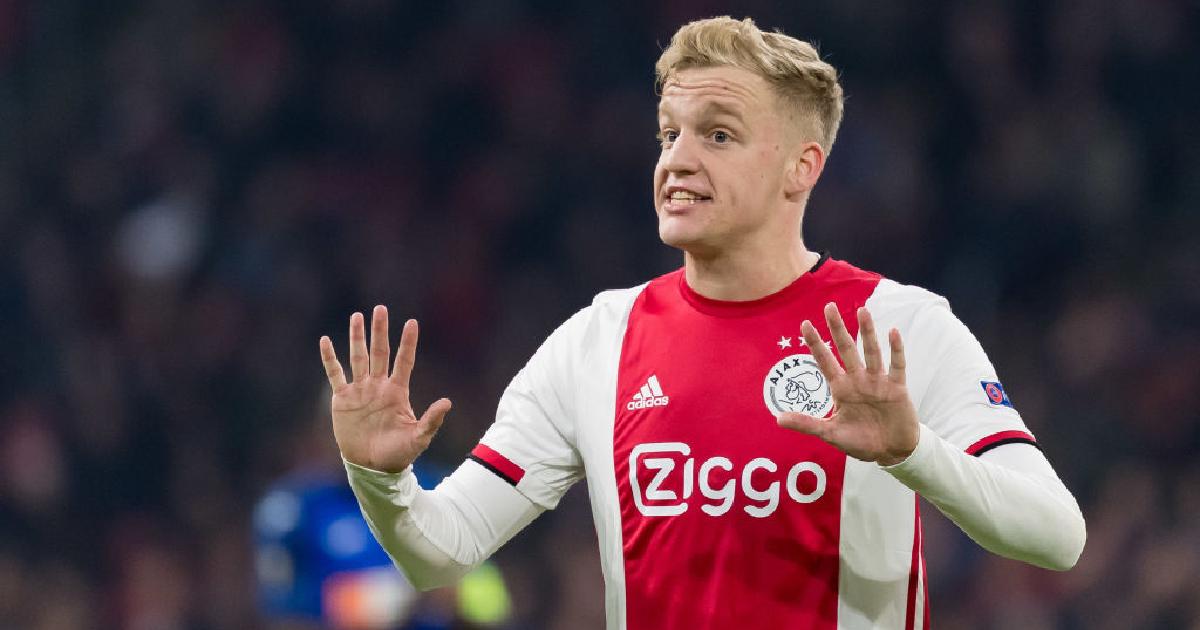 'Nobody talks much about him. But he has dynamic': Van de Beek in quotes from Pochettino and 2 Ajax teammates

Donny van de Beek's transfer to Manchester United is all but official with the Red Devils agreeing a £35 million million deal for the Dutchman.

The 23-year-old has been a prominent part of Ajax’s success in the last few seasons and has received a lot of applauds for his excellent work.

Mauricio Pochettino once said (as quoted by Planet Football): “Van de Beek. Nobody talks much about him. But he has a dynamic in the game, he gets behind Tadic, he arrives, he works, he scores goals.

“Logically, I love De Jong and De Ligt. But the example of the operation of this Ajax is Van de Beek. I like very much. They have a young player, from the academy, in each line, that shows what the team is.”

Ajax teammate Dusan Tadic has also praised the midfielder for his progress, as he told De Telegraaf last year (as quoted by Planet Football): “Matthijs de Ligt, Frenkie de Jong and Donny van de Beek have made an enormous amount of progress, but Donny has surprised me the most.

“He started to live even more for football. Donny likes to listen to the older players, has started to pay more attention to his diet and to train harder in the gym. If you saw it at the start of the season and see it now, that’s a world of difference. Magnificent.”

It’s quite clear by these quotes that Van De Beek indeed is the real deal. He scored 10 goals and assisted as many for Ajax last season and can vastly improve our attack if we can get the deal done.

This is really a positive step.. one more right wing forward (Sancho, Douglas Costa or any other better one) with a more reliable center back who can risk his head like vidic... then we are good to go for the title.

We have one of the strongest midfield. Now is to get more ammunitions for our front line.

welcome to the family... we are all United