Tribuna
/
Manchester United
/
News
/
No.10, double-pivot or even winger? How Van de Beek can fit in at Man United - 4 options 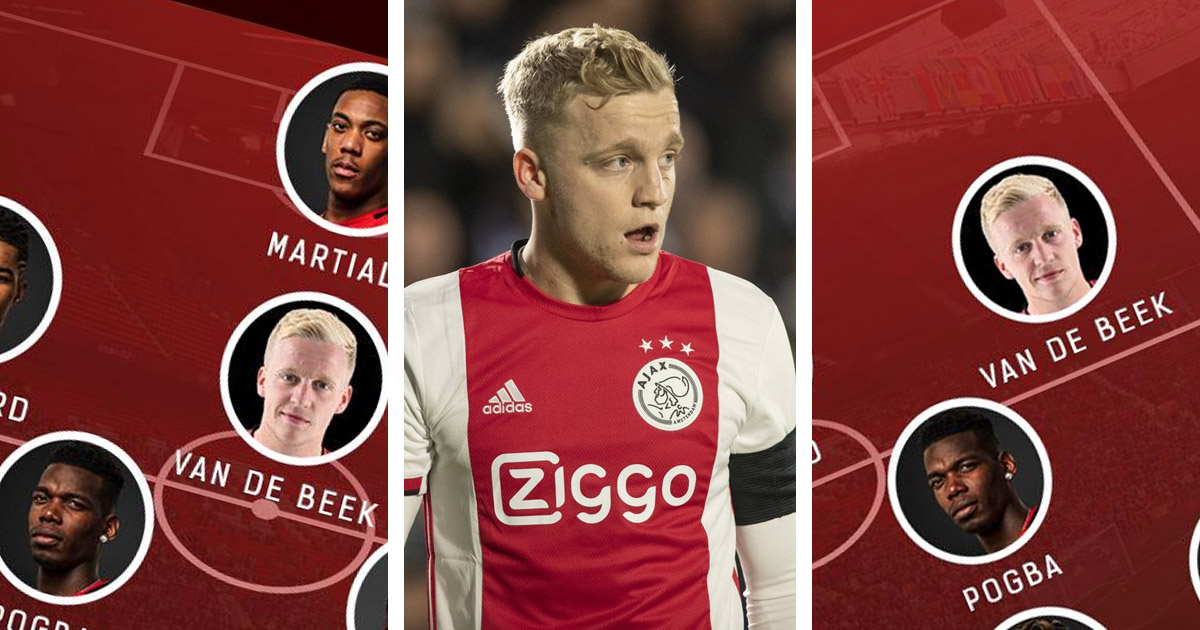 No.10, double-pivot or even winger? How Van de Beek can fit in at Man United - 4 options

Tribuna.com continue to assess the Dutchman who is expected to become a United player this week.

We've already unleashed Donny Van de Beek's strengths & weaknesses and now Tribuna.com take a look a how Man United could line up with the Netherlands international next season.

Again on the right

Some of you may ask why there's no option with Paul Pogba and Van de Beek as double pivots behind Bruno in the no.10 position but such scenario is rather unlikely as it Ole would definitely want to have at least one defensive midfielder in his XI and neither of the two excels in that role.

Which one is your favourite? Share your pick in the comments!

Van de Beek's move to United gets approval from Rashford and Bruno as duo react to the news on social media
150
32
2 months ago
Andreas or Lingard likely to leave United after Van de Beek transfer, Solskjaer targets 3 more signings - The Times
119
77
2 months ago
'Nobody talks much about him. But he has dynamic': Van de Beek in quotes from Pochettino and 2 Ajax teammates
122
25
2 months ago
Fabrizio Romano: Man United have total agreement with Van de Beek, £35 million bid imminent
192
98
2 months ago

I know he's versatile but he's not a winger, he plays DM CM or AM, also I think Ole may try a 433 formation with a flat 3 CM of Bruno Pogba VDB

His not a winger. Dont make him look bad. He will be judged from day 1. Dont play him as a winger. His not 1.

Hey everyone, Den here, I’m the editor of this article. Leave a reply to this message if you have any questions or suggestions.

Van de beek is not going to play in starting 11 but will give pogba and Bruno some time off. also, he should not play as a winger. in place of him put Bruno on the right side.

Varun Shah, we can't know how Ole will use VDB but he does have a penchant for drifting right

lastborn
2 months ago
•••
Reply to a comment by Den Schepanskyi

Happy for the new signing ! but my headache still our back line Maguire and Lindelof one of the worst we have had in resent years