Tribuna
/
Manchester United
/
News
/
'It is time to let him go. Respect for once!': Sergio Romero's wife slams Man United 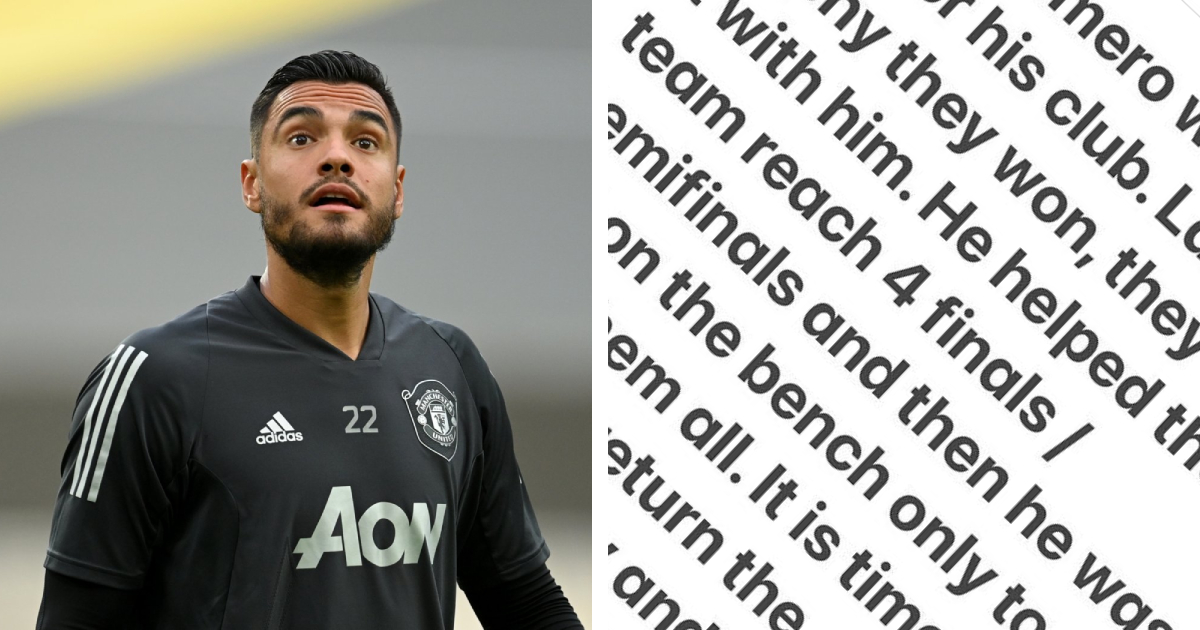 'It is time to let him go. Respect for once!': Sergio Romero's wife slams Man United

The goalkeeper's wife Eliana Guercio wrote on Instagram on the transfer deadline day: "Sergio Romero worked hard for his club. Last trophy they won, they lifted it with him.

"He helped the team 4 finals and semifinals and then he was left on the bench only to lose them all. It is time for them to return the opportunity and let him go. Respect for once!"

Romero has been reduced to being Manchester United's third-choice goalkeeper following the arrival of Dean Henderson in the summer.

Everton are said to be trying to sign the Argentine on a season-long loan but the Red Devils are only interested in a permanent agreement.

Everton contact United over deadline day move for Romero (reliability: 4 stars)
48
31
1 month ago
Sergio Romero stuck at Old Trafford due to Man United's demand for 'substantial fee' (reliability: 5 stars)
-24
42
2 months ago
'Really hope Southgate sees Henderson's quality': United's global community reacts to yet another howler from Jordan Pickford
58
8
1 month ago
'De Gea has to battle on to stay as No.1 for Man United': Andy Cole warns Spaniard amid Henderson's progress
79
27
1 month ago

Romero deserves nothing but respect from this club. He has been a loyal servant hence the Club should respect his wish