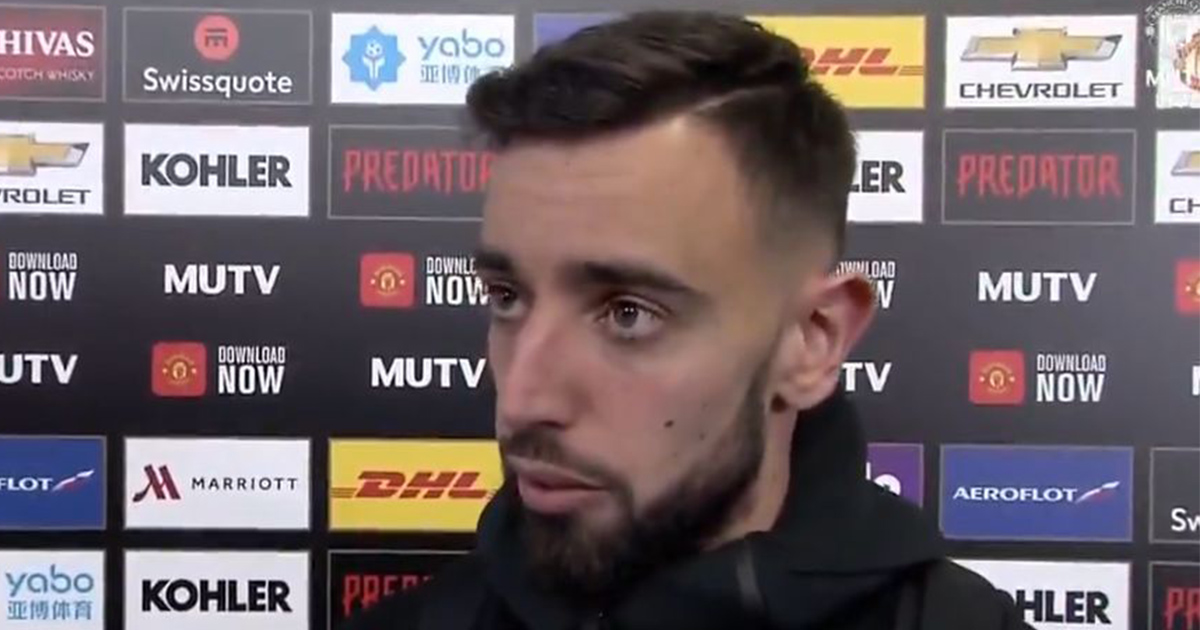 Bruno: People say 'penalties' – I've seen a lot of teams losing big finals on penalties, it's part of the game

"People criticise this situation saying, 'penalties, penalties' — I've seen a lot of teams losing finals, World Cup, Euros, Champions League on penalties, it is an important part of the game," he added.

Bruno's first penalty effort was saved by Sam Johnstone but the VAR stated that the goalkeeper stepped off the line at the moment of the shot. Anyway, the Portuguese scored from 12 yards with a second chance.

Scholes: 'You have to wonder where United would be without Bruno Fernandes'
92
58
5 days ago
Editorial
Bruno 8.5, Mata 4: Rating United players in narrow West Bromwich win
46
94
5 days ago

The way United dominated the play it shouldn’t have come down to one penalty goal!! David played really well to keep the win and made a couple of world class saves congrats David. Like I said earlier not surprised if United won! I wouldn’t be surprised if United would have lost! “Most” United fans never know which United team is going to show up theses days?? Nice goal Bruno. A win yes but “WOW” mkypos.....

Too many cry babies acting like they know the coaching better than Ole , easier said than done

Poor Performance overall today but atleast we got the win. Bruno Fernandes, Alex Telles, De Gea and Edison Cavani played well. The rest were not good enough!(the ones that started) These 4 must start next match! If Shaw returns quickly then Telles can easily play in Midfield! Telles looks like a fantastic passer and crosser of the ball and is Creative!