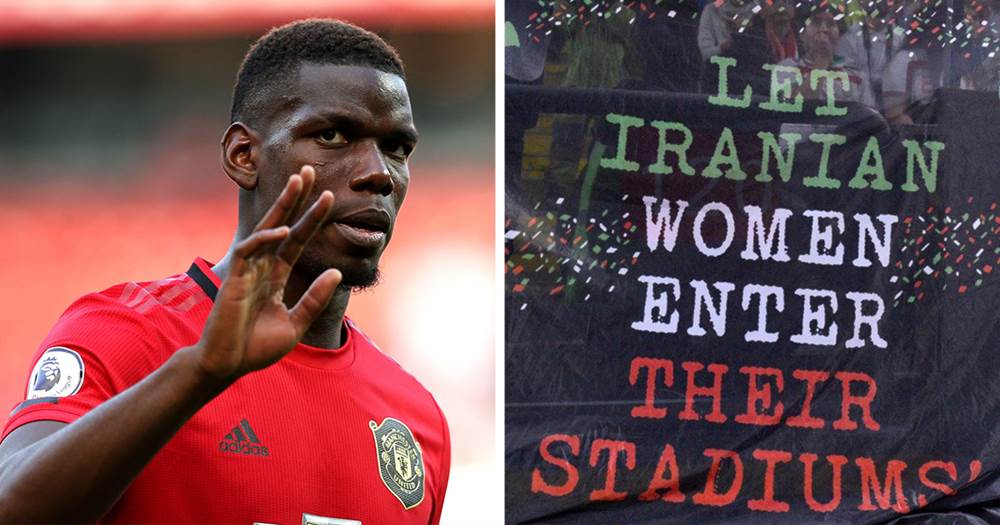 Iranian woman Sahar Khodayari, 29, chose a radical form of protest against the ban on women entering stadiums in Iran (among many other plain idiotic restrictions). She had been handed a jail sentence. A few hours ago, she set herself on fire and then she died.

The absurd Iranian law, as well as the whole regime, regularly oppresses human rights, especially in women's regard. Even the club Sahar supported has reacted on Twitter. "We are cowards" is the sorry conclusion FC Esteghlal can make.

Our dear Sahar burnt herself to death, when she was charged to 6 month in jail for ... going to the stadium to support her #Esteghlal.
She supported us despite the politics made it illegal for her, but what we do can do to support her? ABSOLUTELY NOTHING.

The hashtag #bluegirl (#دختر_آبی) is now trending across the world, blue being the colour of FC Esteghlal. Paul Pogba has joined the movement:

Strenght and prayers to family and friends of #bluegirl #SaharKhodayari

If you wish, the least you can do is to sign a petition to allow Iranian women to be in stadiums.

Football world stands up for Pogba: 'Don't let the racist abuse get to you'
19 55
5 months ago

PFA's Equalities Education executive: 'Racism is at a point where it is crisis'
10 0
4 months ago

Fucking stupid government. I can't even imagine what it's like being a woman in those backward shitholes

abdirahman ibrahim4 months ago
Reply to a comment by Eugene Vasilyev

fuck you they are right u are the backward one

Lester Lombard4 months ago
Reply to a comment by abdirahman ibrahim

Bruh did you just hear yourself they are right you......

Eugene Vasilyev4 months ago
Reply to a comment by abdirahman ibrahim

abdirahman ibrahim, thanks for the reply, have your dollar from the Iranian state. Please don't sock your wife on the jaw

Yet women in the West sweat they are suppressed by white males by not paying them equally...Iran is suppression the West is not

David Faulkner4 months ago
Reply to a comment by John R

The country is backward because of a dumb religion

Ibrahim Babatsoho4 months ago
Reply to a comment by SPIKEYBABY

You're as stupid as the woman.

Nimekuzoea Samaki4 months ago
Reply to a comment by SPIKEYBABY

its just Barbaric way of life in the middle east, every religion has always taught us to respect especially women, children and the old, middle east has always been a problem of humanity in this world! even during the days of the prophet's they caused problems always